Shardul Narendra Thakur is an Indian pacer who is blowing the hearts of Billions of Cricket Lovers with his enthusiastic performances continuously. His recent matches have been the prove for his outstanding comeback after several trolls. He is named as an all-rounder. After being a sensational swing bowler and now an important batsman for the team. He debuted 3 years ago for India but if you see the statistics, he didn’t get several chances to prove his ability earlier.

He used to play for the Mumbai team in Ranji Trophy. His debut Ranji season was for Mumbai in 2012-2013 where he got to play under the hitman Rohit Sharma. He was bought by the Kings XI Punjab (now Punjab Kings) in IPL in 2015 for INR 2 Million after seeing his magical performance in the Ranji Trophy 2014-2015 where he was the highest wicket taker with 48 wickets. He played for 2 seasons for Punjab. But didn’t got several matches to play. His game improved after playing under MS-Dhoni in IPL 2017 for Rising Pune Supergiants. Since then he has been playing under MS Dhoni.

He debut for India on 31 August 2017 against Sri Lanka which was an ODI match. Since then he has been playing for the Indian team and has given some important performances for the nation. His stardom rise after his first Test 50 in the Gabba against Australia. It was a crucial 50 for the team which led to the win of Border-Gavaskar trophy for India. And now he gave a mind blowing back to back 50 in the both innings in the 4th Test against England in England. He is currently one of the best bowling all-rounder of India.

Shardul Narendra Thakur was born on October 16, 1991, in a small town of Maharashtra, India named Palghar. He was born to Narendra Thakur and Hansa Thakur. He studied in Anand Ashram Convent English High School, Palghar,  Mumbai for some years. But later joined Swami Vivekananda International School, Palghar, Mumbai. In Mumbai, a school-level competition is organized every year which is named as Harris Shield Tournament where he was also part of his school team squad for the tournament in 2006. He went viral in his local newspaper after hitting 6 sixes in an over in a match of that tournament. He was the headline of the local news at that time.

He used to travel almost 80- Kilometers for some hours with Cricket Kitbag in Train to play Borivali cricket. He used to attend the morning train and would reach in next 3 or 4 hours and it was necessary for his cricket practice. He used to come home at direct night being too tired. His father and mother also talked to him about this but he never gave up. The passion of cricket inside him was enough to recharge his body. He continued this journey for several months and even years.

His dream was going to convert into reality after he was announced in the squad of Mumbai Ranji Trophy team in the 2012-2013’s season. He played under Rohit Sharma in that season and learned a lot from him. But his overweight was a reason to not give him more chances in the match. He was 83 KGs which is called an unfit player for the game. When Sachin visited the team, he saw Thakur playing in the nets. He was playing well. But Sachin Tendulkar said to him, “If you are serious about the game, you have to lose your weight”. He took the statement in his mind and continued workouts for continuous months. He lost around 20 KGs during the start of another Ranji season and improved his game as well.

In 2013-2014’s Ranji season he got some more matches to perform and also took 26 wickets in that season. The team was impressed with his performance and gave him more chances in another season. He was the highest wicket-taker along with Vinay Kumar in the 2014-2015’s Ranji Season taking a total of 46 wickets in that season. IPL teams were impressed by his swing bowling and variance in bowling. In 2014’s auction for IPL 2015, teams have gone up biding for him and were finally bought by Kings XI Punjab with INR 2 Million. He gave some average performances in the 2015 IPL and didn’t get more matches in 2016.

In 2017’s IPL, he was bought by Rising Pune Supergiants where he got to play under the Captain Cool MS Dhoni. It was a huge change for him. He learned under MS Dhoni. He improved his performance in the season which resulted as he became part of CSK’s squad in the 2018 IPL. MS Dhoni was the same as a mentor for him in the ground and out of the ground. He lifts up his first-ever IPL trophy with CSK in 2018. Since then, he is the part of the CSK family.

His international debut was on 31 October 2017 in an ODI match on the Sri Lanka Tour. His T20I debut was held on 12 October 2018 where he played against West Indies at Rajiv Gandhi Stadium. And, In Test Match, he debut on 21 February 2018 against South Africa. His one of the best and most crucial innings came up at Gabba against Australia in Border-Gavaskar Trophy in 2021 January. This time it wasn’t with bowl it was with Bat. He scored his first-ever Test 50 in the first innings of the 4th Test match and against the best bowlers of the world like Mitchell Starc, Pat Cummins, and more. India also achieved a historic win after 32 years and 2 months at Gabba and lift up their Border-Gavaskar Trophy there.

The next target was Oval. In the 4th test of the England tour of India 2021, he scored his second Test 50 at Oval. Where every player surrendered against the England bowlers, this man played an important role leading from the front. He scored 57 off 36 with some classy drives and hard hits. He was the leading run-scorer in that inning for India. In the 2nd inning too, he scored another fifty.

He was seen as highly confident throughout the match and made England bowlers tired with mind-blowing shots. None looked scorecard, all were enjoying his fabulous inning. Also, helped with the ball taking 3 wickets in the game. India won the game with 157 runs there. However, the Man of the Match Award was given to Rohit Sharma for his century in the 2nd Inning but he too pointed that Shardul Thakur deserved it much. The name ‘Lord Thakur’ was born from there and now everyone calls him with this name. He is currently one of the most important Indian Cricketer.

First thing in the life of Shardul Thakur

All the things given below are Shardul Thakur’s very favorite things that we have collected by looking at online and news magazines and wiki. 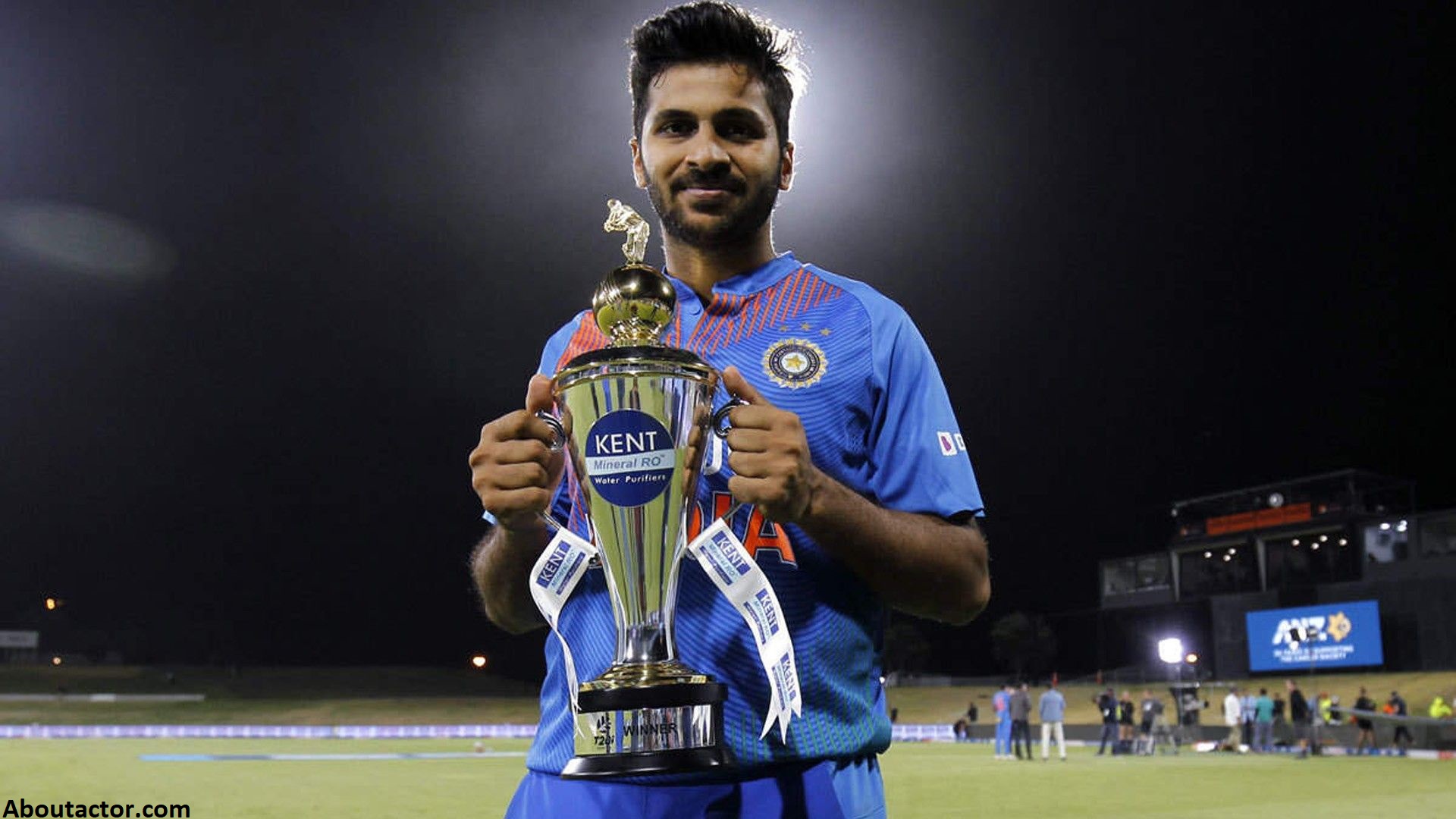 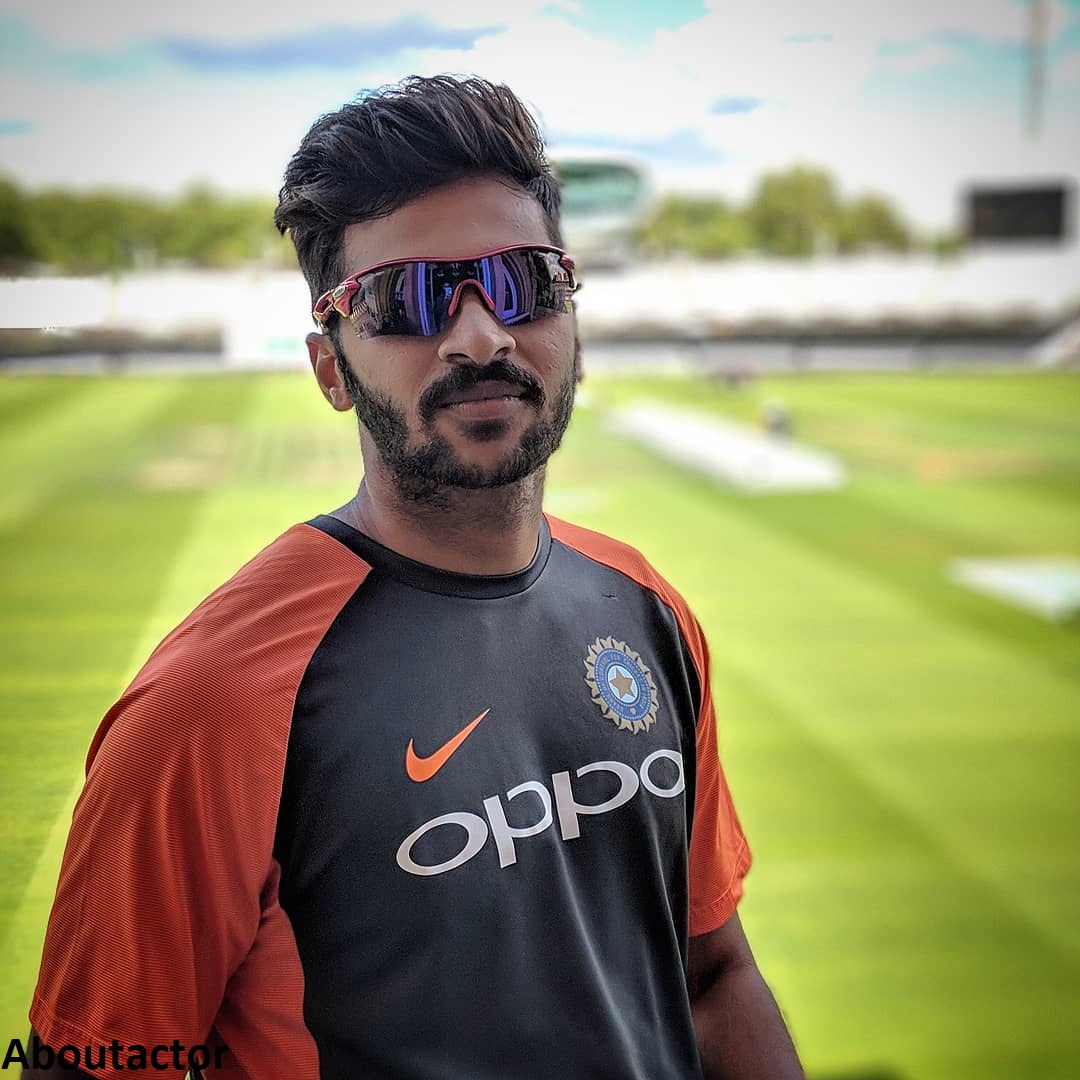 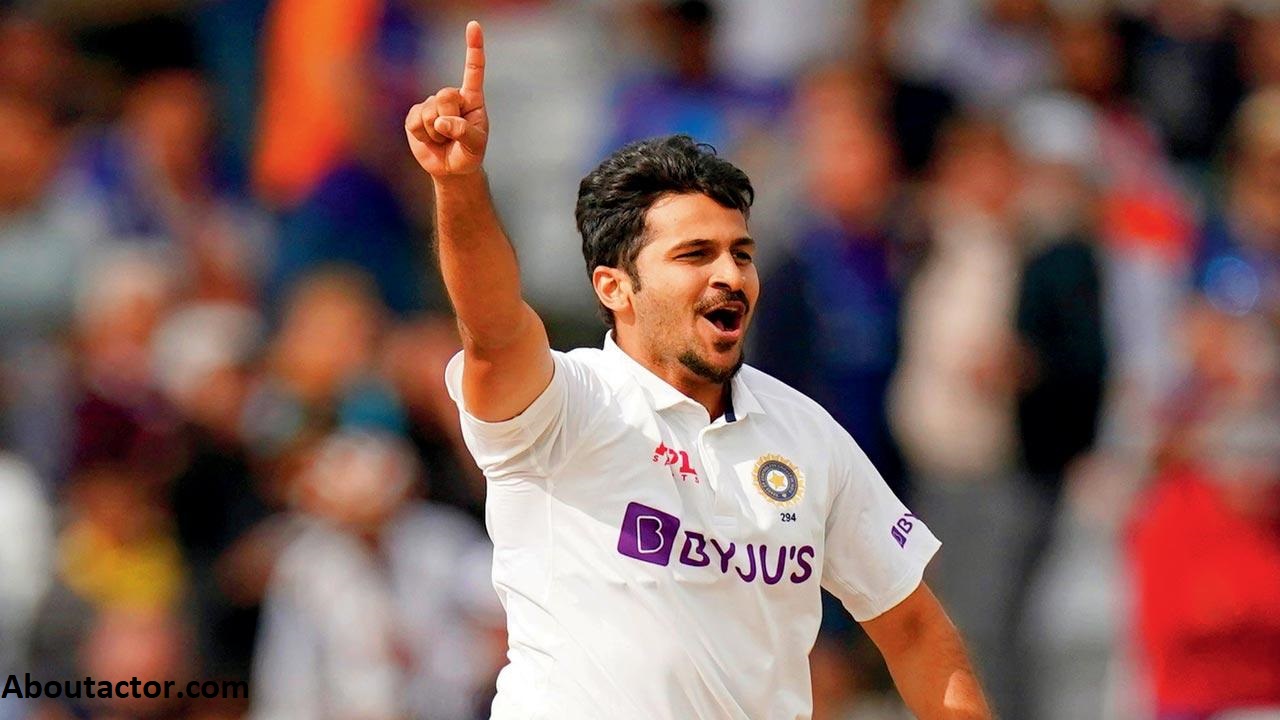 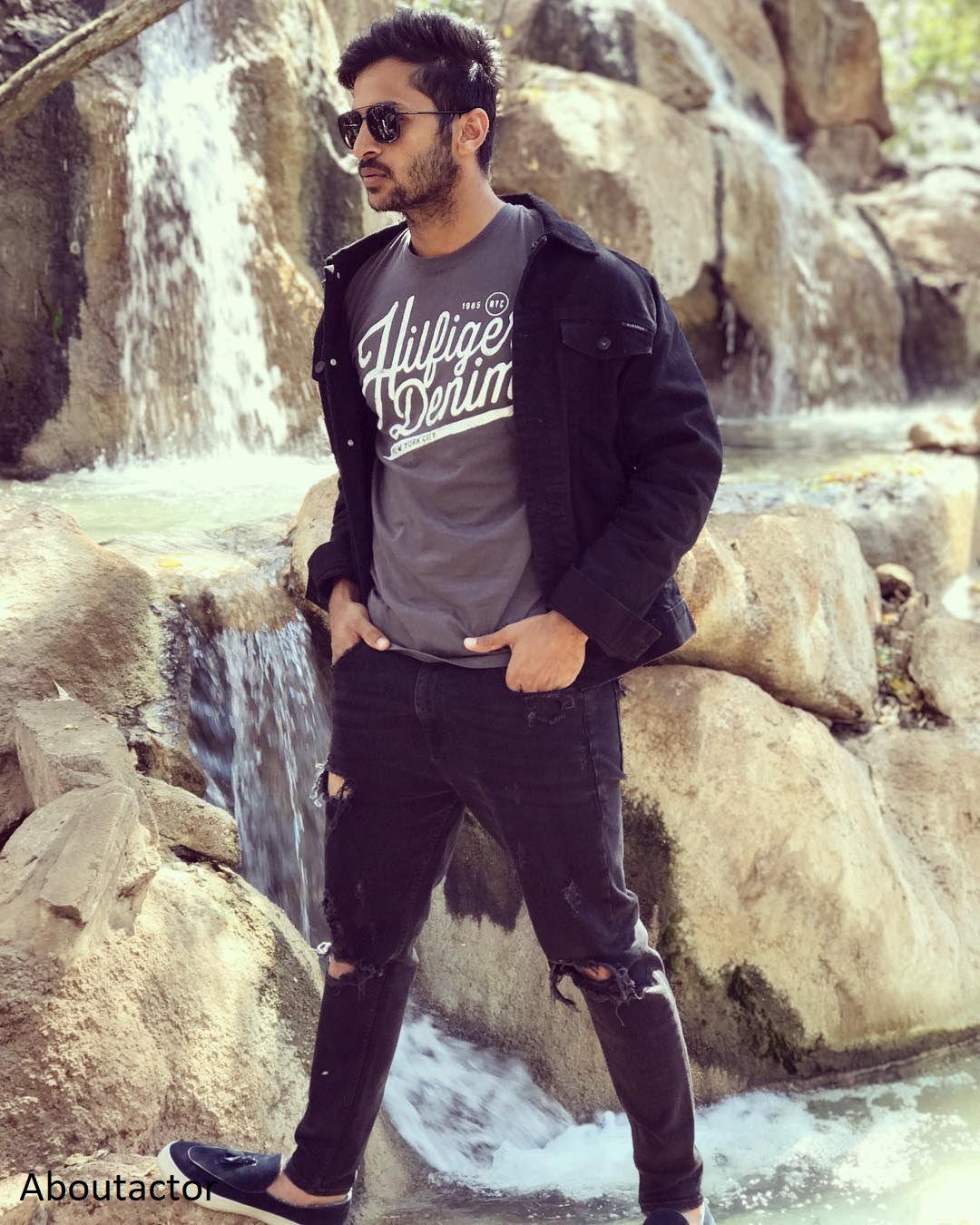 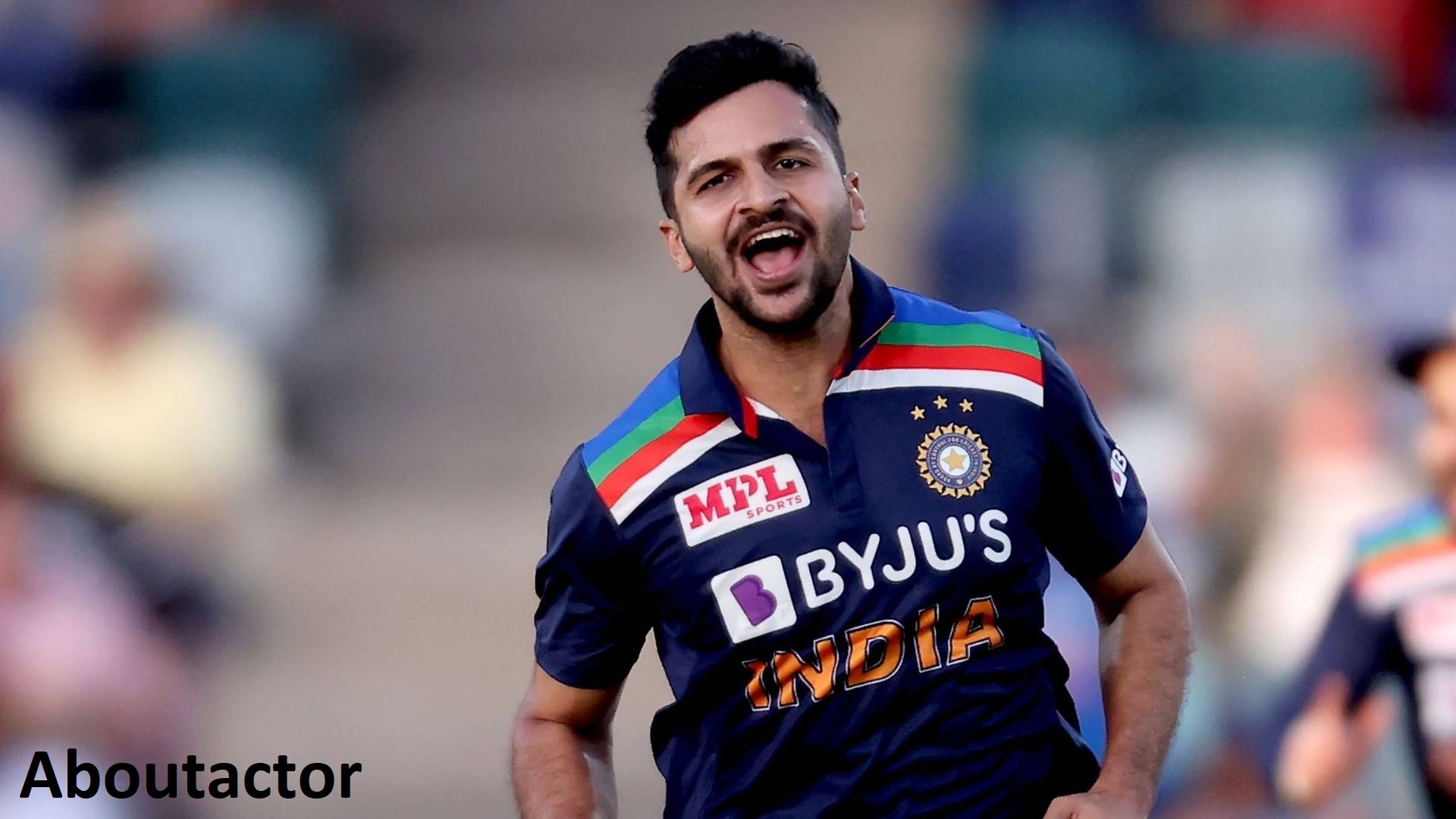 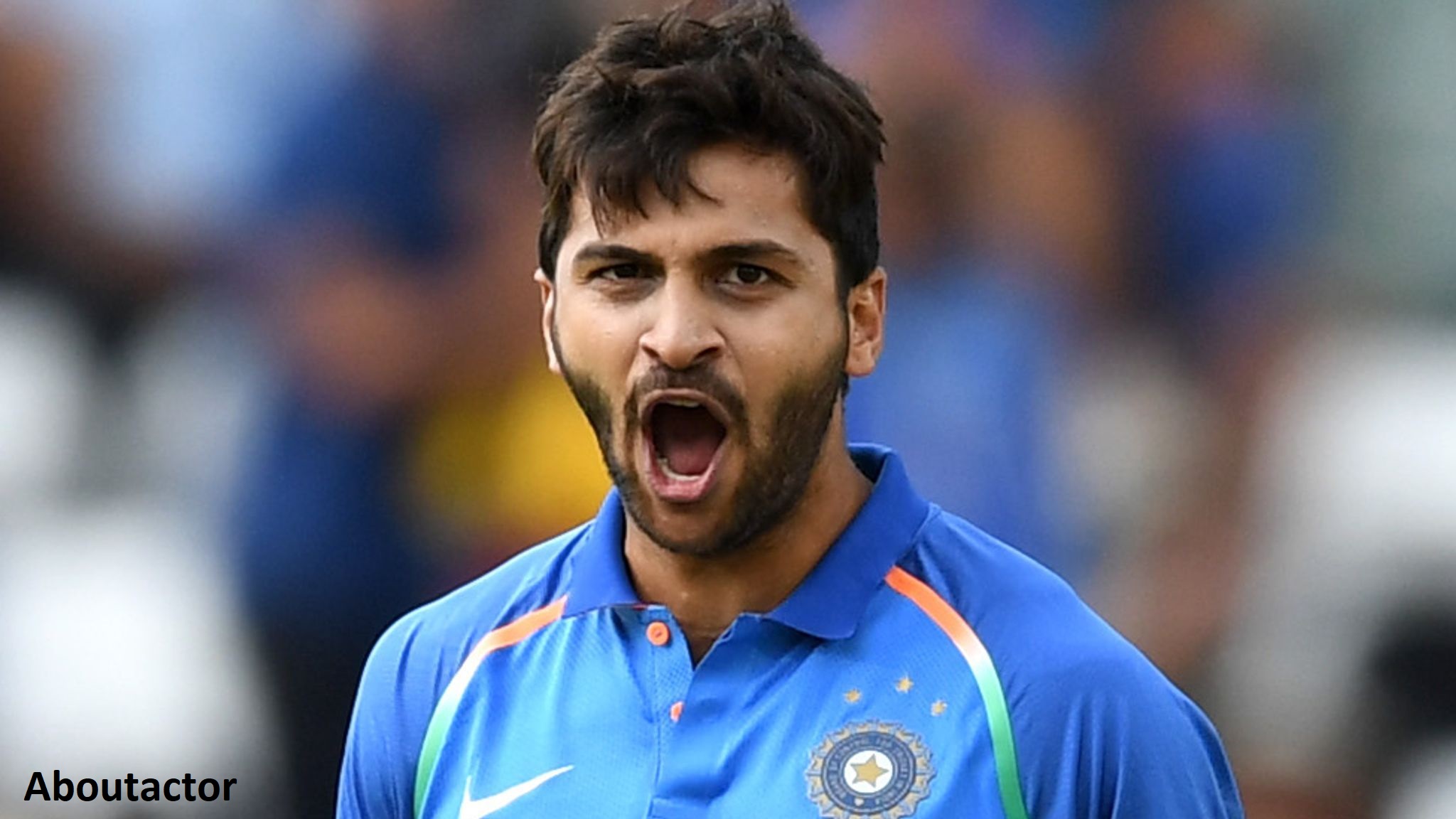 We were not even looking at the scoreboard. The idea was to spend some time there, we knew that their bowlers were tiring out a bit, so if we could hang in for one more hour we could be on top

Whenever you move one level up, domestic to IPL and then to international cricket, the skill is always there

I idolise and follow Dale Steyn. I love his bowling

I don’t sledge. I just stare to scare them. These things keep me on my toes and add to my aggression. As a fast bowler, you have to be intimidating

Did you know about Shardul Thakur Facts!!

1. He hit six sixes in an over while representing his school.

He is a newly all-rounder otherwise he was only a bowler. He started playing cricket from his childhood. He used to play for his schools in several school-level cups. In the Harris Shield which is an inter-school cricket tournament, he was also in the squad of his team. In 2006, he hit six sixes in an over representing his school Swami Vivekananda International School, Palghar, Mumbai. It was a topic of newspaper headlines of Mumbai and came into talks for some days. His hitting power was from his childhood.

He played his Ranji Career representing the team Mumbai instead of Maharashtra. He joined the team Mumbai in 2012-13 but didn’t get more matches to perform. Later in the 2014-15’s Ranji Season, he performed the best of his overall Ranji career with tacking 48 wickets. He was the highest wicket-taker in the season.

He played for the Mumbai team in his whole career of Ranji. He joined the team in the 2012-2013’s season. But didn’t got several chances to prove his ability. A reason behind it was his overweight problem. He was 83 KGs then. It was too much for a young cricketer. When Sachin Tendulkar visited the team, he saw Thakur and said to him, “If you are serious about the game you should lose your weight and maintain it properly”. He followed Tendulkar’s suggestion properly and lost around 20KG in some months and performed better in another season taking up 26 wickets.

Everyone saw him wearing Jersey number 10 at first he came to the professional cricket. Butt now he wears Jersey Number 54. His favourite Jersey Number was 10 because it was his birthdate’s sum total according to him. But the jersey number 10 had been in use by the god of cricket ‘Sachin Tendulkar. So, he was being talked to not wear the jersey number in respect of the legendary cricketer Sachin Tendulkar. And then he did so because Sachin was his favourite too and he has a lot of respect for him. Then, he started wearing the Jersey Number.

When was Shardul Thakur born?

Who are the parents of Shardul Thakur?

He studied at the University of Mumbai.

For which team did Shardul Thakur played in Ranji Trophy?

He has been playing for the Ranji team Mumbai from the 2012-2013’s season. He debuted for Mumbai in Ranji under the captaincy of Hit-Man Rohit Sharma.

When did Shardul Thakur played for India Senior Team?

He got debut for India in an ODI match against Sri Lanka on 31 August 2017.

For which team do Shardul Thakur plays in IPL?

His first IPL season was 2015’s edition where he represented Kings XI Punjab (now Punjab Kings) bought with INR 2 Million. But since 2017 he is playing under Captain Cool MS-Dhoni. In 2017 he played for Rising Pune Supergiants and since 2018 he is playing for Chennai Super Kings in IPL.

What is the net worth of Shardul Thakur?

The net worth of Shardul Thakur is $2 Million.

When did Shardul Thakur scored his first Test 50?

His first test 50 came against Mighty Australia in the 4th Test match of Border-Gavaskar Trophy(2020/2021) at the Gabba.

Who was the Man of the Match in 4th Test against England in 2021?

Rohit Sharma was awarded the Man of the Match award in the 4th Test against England in England. But Sharma said that Shardul Thakur deserves it for his crucial 50 in both innings and total all-around performance.