Who is Shafali Verma? About Cricketer

Shafali Verma is an Indian cricketer who plays for the India women’s national cricket team. She was the youngest player to play for India in a T20I match, and in November 2019 against the West Indies, became the youngest half-centurion for India in international cricket. Against the West Indies, she scored 158 runs in five matches and was named the player of the series.

She is an opner batsmen. She entered her name in the book of history as she became the youngest women cricketer to debut for India in the India-South Africa five-match series. She has been given the opportunity to spearhead the formidable Indian batting order after Mithali Raj‘s retirement from the shortest format of the game. She is an aggressive batsman who opens the batting for India along with Smriti Mandhana.

She was born on 24 January 2004 in Rohtak, Haryana.India. She is a clever and ambitious girl since her childhood. She was born in a middle-class family with her big dreams. Her father’s name was Sanjeev Verma who runs a small jewelry shop. He is the biggest supporter in Shafali’s life. Moreover, her father was also a cricket fan who also wants to be a cricketer.

Even Shafali thanks the boys who never dealt with her like she was a girl. “It was a struggle initially, playing against the boys”, said the 15-year old talent, “They never treated me with kid gloves because I’m a girl. And I always tried to give it back to them. Guess that’s how I developed my hard-hitting batting style,” added Shafali.

Life has been tough but also rewarding for Shafali. From being an eight-year-old, holding a bat for the first time to playing for India at just 15, her graph is on a steep rise. After her call-up, she says, “It is like a dream coming true. My father dreamt that I play for India”. Her father, Sanjeev is among the few parents who provided unrelenting support to his daughter.

Despite her father’s support and others’ scoffs, Verma’s biggest motivation to take cricket seriously was her idol, Sachin Tendulkar‘s visit to Rohtak in Haryana for his last Ranji Trophy game. Among the huge flood of people coming to see the legend, Shafali was one and she was awestruck. She had her mind focused; she wanted this.

This was followed by years of practice with father Sanjeev and brother, honing the swashbuckling skills that landed her a spot in the Haryana U-19 squad. She was just 13. The dream to play for India was on.

This massive effort was not going to go in vain. Her performances and six-hitting ability came to notice and she was chosen in the Women’s T20 Challenge 2019 for IPL Velocity in May. Being an important part of the Velocity squad, she scored a 31-ball 34 along with Danielle Wyatt(46 of 35) and drove the team to a win against the Trailblazers.

On her Test debut, Shafali Verma lit up Bristol. A 152-ball 96, with 13 fours and two sixes, enhanced her reputation as a batting marauder after England Women declared their first innings on 396/9 in the one-off Test. Despite being a newcomer at this level, Shafali’s stroke-play had been widely talked about, coming into this game. Through fearless cricket, the 17-year-old lived up to her reputation.

All the things given below are Shafali Verma‘s very favorite things that we have collected by looking at online and news magazines and wiki.

It was heartbreaking to see Shafali Verma miss out on a historic hundred by just 4 runs on her Test debut. However, the 17-year-old Indian opener set a few records with a dominant knock on Day 2 of the ongoing one-off Test against England women in Bristol.

Shafali Verma and Smirti Mandhana led India’s brilliant response to England’s first innings total of 396/9 declared in India’s first Test match in 7 years. The two broke the Indian record for the highest partnership for the opening stand against England in women’s Test cricket. They added 167 runs for the first wicket, going past Sandhya Agarwal and Garji Banerjee’s tally of 153 in 1984 in Melbourne against Australia.

This was also the second-highest partnership in women’s Test cricket away from home. Caroline Atkins/Arran Brindle hold the record after they notched 200 runs against India for England in Lucknow in 2002.

Smriti Mandhana fell for 78, shortly after Shafali was dismissed for 96. The teenage opener hit 13 boundaries and 2 sixes . England’s bowlers were in trouble.

1.Shafali Verma was the youngest Indian woman cricketer to play a t20I match. He debuted for India in 2019 where she was just 15.

2.Shafali is the first Indian Woman Cricketer to hit six in her test debut.

3.Shafali has also joined the record of hitting most no. of sixes by any woman cricketer in a single test inning (2 sixes).

Shafali Verma scored 96 runs in her test debut match. She missed her well-deserved century by just 4 runs. The opening batter gave India a fine start, putting together 167 runs for the first wicket before she was removed by Cate Kross for 96 runs. 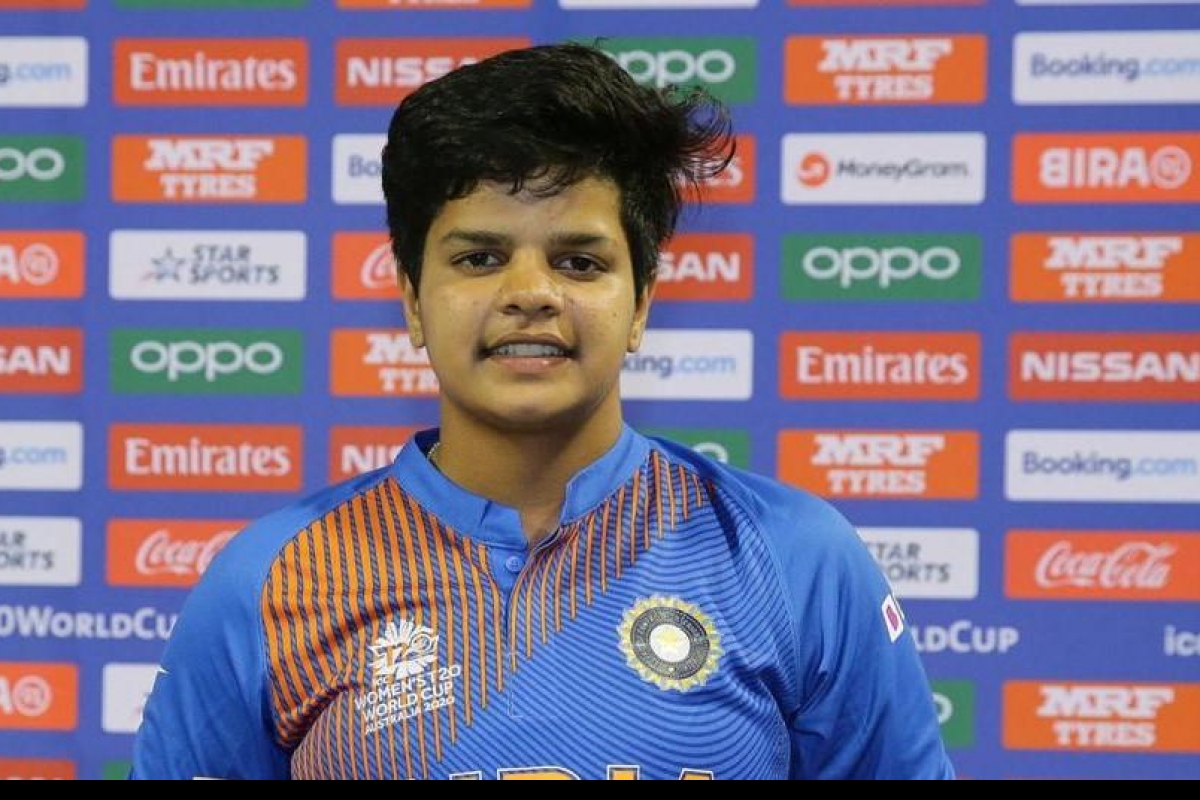 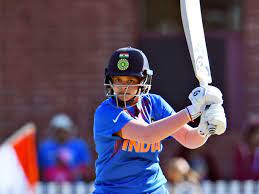 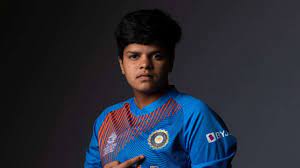 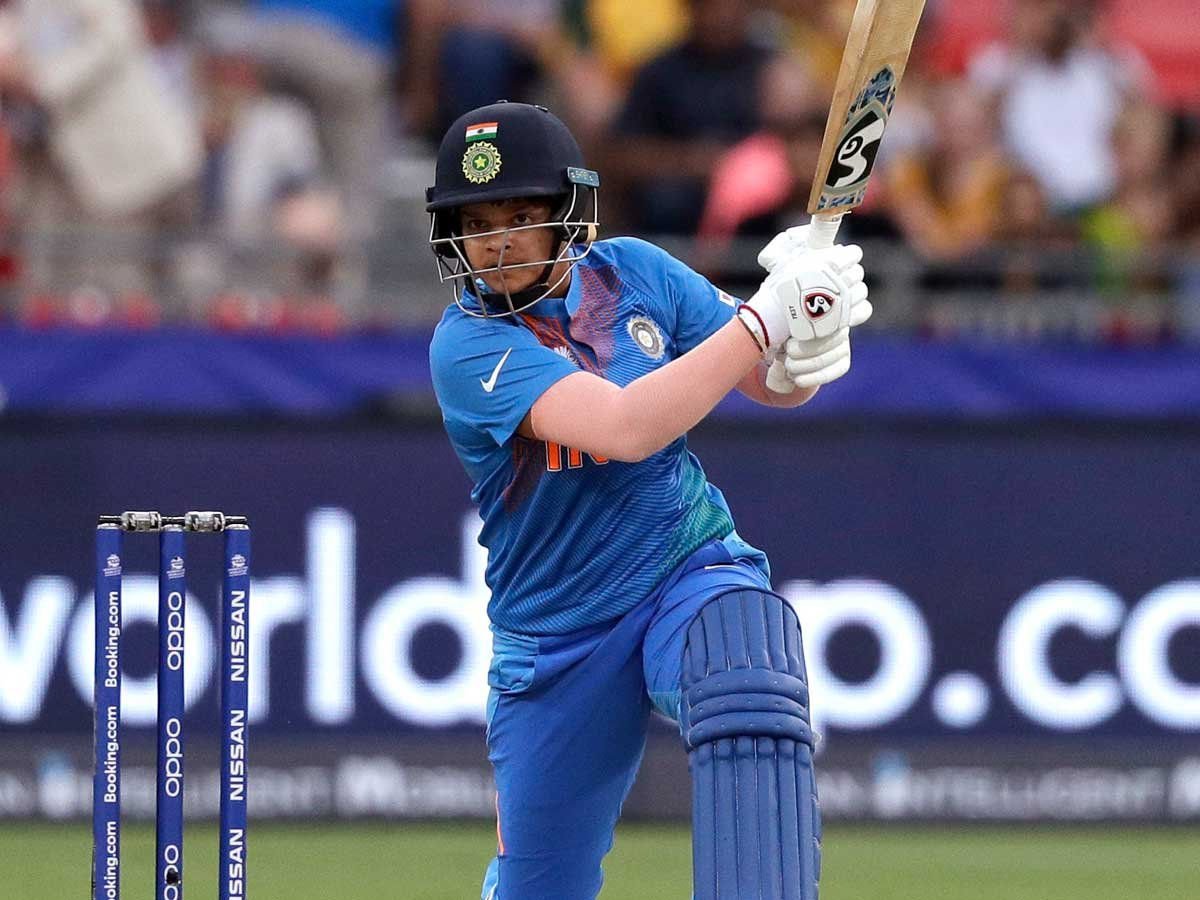 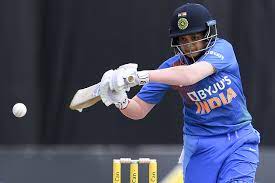 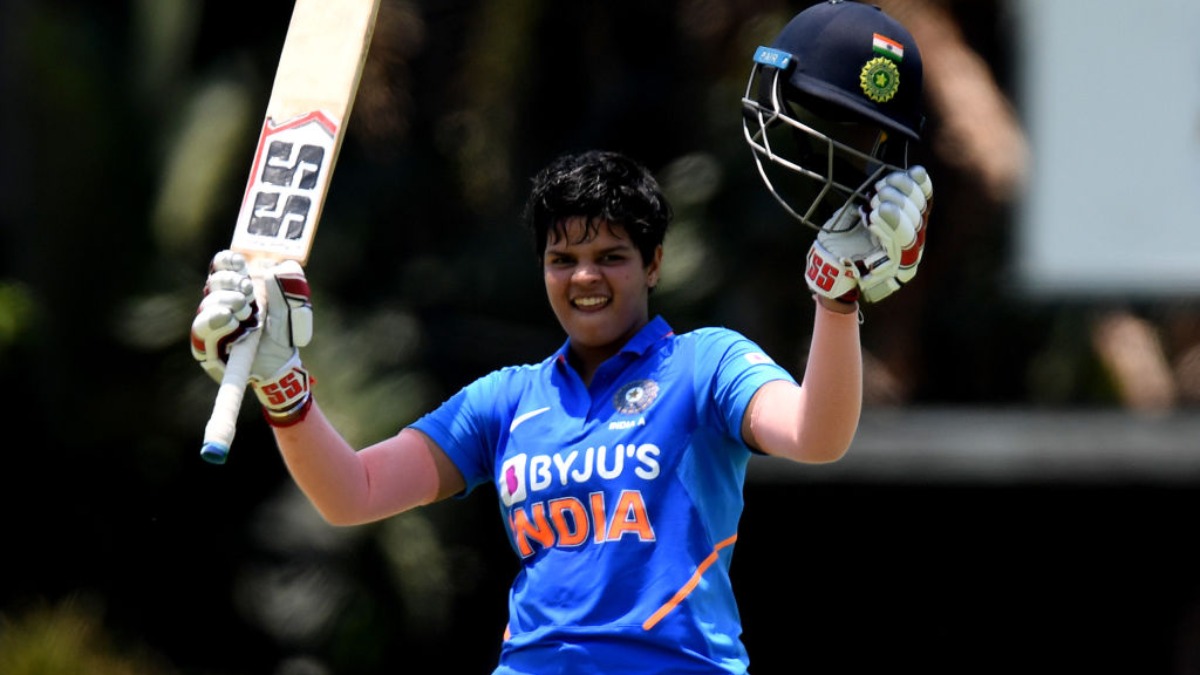 Did you know about Shafali Verma!!!

Shafali’s father wanted to become a cricketer at a young age. But due to a lack of support and chances, his dream ruined and he became a jeweler. But he fulfilled his dream by seeing his daughter playing for the nation. He supported Shafali and trained her a lot which helped her to become a professional cricketer. Now she is an important part for the India Women’s Cricket squad.

2. Shafali substituted her brother in a match.

When Shafali’s brother was not fit to play a Boy’s Championship Tournament’s game, Shafali replaced him and gone to the ground to play. She got a chance, she performed. She outperformed in that entire league and won Player of the tournament.

3. She changed her look to play cricket.

Today too, in many of the places women are not getting a chance to play. Shafali used to play with a boy’s team because there were not that many female cricketers. Boys refused to play with Shafali thinking she would get hurt by the ball. But she did not leave the game but left her to look. She cut her hair and gone to play. She played and boys recorgnised her talent.

Her father used to take her to the local ground for practice and matches. Before entering the ground on the match day, Shafali’s father used to tell her that” You will get 5 rupees for 1 six”. That helped Shafali for her power hitting.

5. Shafali proved that age is just number in cricket

When Shafali was just 14, She led Haryana Women’s Under-19 team. One year later, she made her international debut in T20I for India. She is a sensational inspiration to youths.

How old is Shafali Verma?

Against whom Shafali Verma debuted for India?

In 2019, Shafali wore Indian Jersey for the first time. She debuted for India in T20I against South Africa.

What is the jersey number of Shafali Verma?

She wears jersey no. 17 in international matches.

Does Shafali Verma have siblings?

Shafali has a brother. His name is Sahil Verma . He is also a cricket lover.

Who is the idol of Shafali Verma?

Sachin Tendulkar is the idol of Shafali Verma.

What is the Net Worth of Shafali Verma?

Net worth of Shafali Verma is approximately $50 million.

What is the salary of Shafali Verma?

From where Shafali Verma belongs to?

When did Shafali Verma played for the first time?

When she was just 8, she played cricket. She was attached toward cricket since childhood.