Who is Rishabh Pant? About Cricketer

Rishabh Pant is the Indian all-format  Team member. He is the middle order  Left–Handed hard-hitting Batsman of team India. He is also the captain of the Delhi Capitals in IPL 2021. He is a brand ambassador of JSW Steel.

Rishabh Pant was born on 4 October 1997 in Roorkee, Uttarakhand, India to Rajendra Pant and Saroj Pant. From his childhood, he had only aimed to be a cricket player. So, at the age of 12, Pant would travel with his mother to Delhi during the weekends to get trained under Tarak Sinha at the Sonnet Cricket Academy.

He and his mother stayed at a Gurdwara in Moti Bagh locality as they did not have a place to stay in the city. Sinha suggested Pant switch to Rajasthan to play U-13 and U-15 cricket but to no avail. Pant was told by his mentor to overhaul his entire batting technique which based on Hand-eye coordination to become a better batsman.

His turning point came when he was playing U-19 cricket for Delhi against Assam. Pant had top-scored with 35 but was severely reprimanded by the coach for giving his wicket away at a hat-trick. He then hit 150 in the second innings which he claims was the most important knock in his career.

He was named as the captain of the Delhi team in the Vijay Hazare Trophy (2016-2017). Delhi defeated the team led by Gautam Gambhir and move towards the final.  Delhi coach Bhaskar Pillai said it was a “consensus decision” to blood Pant for the future.In the Zonal Cup(2017-2018) he scored his second fastest century in a T20 match, making 100 from 32 balls against Himanchal Pradesh.

On 6 February 2016, Pant was bought by Delhi Daredevils for Rs 1.9 crore. On the same day, he scored a century for India U-19 in the World Cup, taking India into the semi-finals.

Pant was bought by the Delhi Daredevils in the 2016 Indian Premier League (IPL) auction. Playing only his third game of his IPL season, Pant made 69 runs from 40 balls to help Delhi to an eight-wicket victory over Gujarat Lions. He made his maiden IPL half-century off 25 balls. In the 2017 season, he scored 97 runs in 43 balls against the same team in Delhi on 4 May.

In May 2018, during the 2018 Indian Premier League, Pant scored 128 not out from 63 balls against the Sunrisers Hyderabad, making the then highest individual score by an Indian cricketer in IPL history, but later K. L. Rahul broke his record by scoring132 runs for Kings XI Punjab. In March 2021, Due to the injury of Shreyas Iyer, Pant was named as the captain of the Delhi Capitals for the 2021 Indian Premier League.

In January 2017, Pant was included in India’s T20I squad for their series against England. Pant was the youngest player of India to debut in T20I (19 years 120 days )but later Washington Sundar(18 years 80 days) broke his record by making his debut on 2017.

In June 2019, Pant was called up to India’s squad at the 2019 Cricket World Cup as cover for Shikhar Dhawan, who suffered a hairline fracture on his left thumb during India’s game against Australia.  On 19 June 2019, the Board of Control for Cricket in India (BCCI) confirmed that Dhawan had been ruled out for the rest of the tournament, with Pant confirmed as his replacement. Following the World Cup, the International Cricket Council (ICC) named Pant as the rising star of the squad.

The 2019-20 home season was billed as an important season for Rishabh Pant. MS Dhoni had announced retirement from international cricket and India went into the season in search of a new wicket-keeping mainstay with Pant as one of the front-runners.  However, ordinary performances from the left-hander and the emergence of KL Rahul as a wicket-keeping option meant that Pant slipped down the pecking order.

A dismal show in the 2020 IPL season didn’t help either. Pant, who had scored a cumulative 1172 runs with a strike rate of 168 in the last two seasons, only managed to amass 343 runs with a strike rate of 113. His only fifty came in the finals, that too in a losing cause. Pant was consequently dropped from the limited-overs team touring Australia in 2020-21. He, however, kept his place in the Test team but did not make it to the playing eleven of the first Test in Adelaide.

During this period, Pant was heavily criticized by fans and the media. Disdainful comparisons with Indian Cricket legend MS Dhoni were often brought up. There were instances of the crowd chanting “Dhoni! Dhoni!” when Pant made a mistake on the field.

The rise of Rishab Pant began from the Border Gavaskar Trophy(2020-2021). Indians fans saw a new Rishab Pant. India was bowled out for 36 in the second innings of the first Test of the Border Gavaskar Trophy 2020-21 and hence lost the test by 8 wickets despite getting a healthy first-innings lead. The unavailability of Virat Kohli for the rest of the series made India make changes to their lineup so as to strengthen the batting. Rishabh Pant was picked instead of Wriddhiman Saha for the second test in Melbourne.

While Pant scored a valuable 29 in the first innings of the Melbourne Test, it was at Sydney that he played a career-changing knock. With 97 overs to survive on the last day, things did not start well for India as they lost the wicket of Ajinkya Rahane, who had scored a century in the last test, early in the day. With Jadeja having fractured his arm earlier in the match, India was also a batsman short. Pant had also suffered a minor injury in the match.

Yet, he was promoted in the order and came out to bat at 5. He hit 12 fours and 3 sixes in his counter-attacking knock of 97 run off just 118 balls. His 148-run partnership with Pujara put India in a winning position. The match would ultimately end in a draw rendering the 4th Test in Brisbane to be the final.

Australia had not been defeated at Brisbane since 1988. India had a bunch of their first-choice players – Jasprit Bumrah,  Mohammed Shami, Ravichandran Ashwin, Virat Kohli, Ravindra Jadeja, Hanuma Vihari, Umesh Yadav, Ishant Sharma – unavailable due to injury. Rishabh Pant put in a match-winning performance on day 5 as India chased down a big target of 328 in the 4th innings.

Pant scored an unbeaten 89 with 9 fours and a six and also hit the winning runs . Pant was considered as the Hero of the Border Gavaskar Trophy.

First thing in the life of Rishabh Pant

All the things given below are Rishab Pant’s very favorite things that we have collected by looking at online and news magazines and wiki. 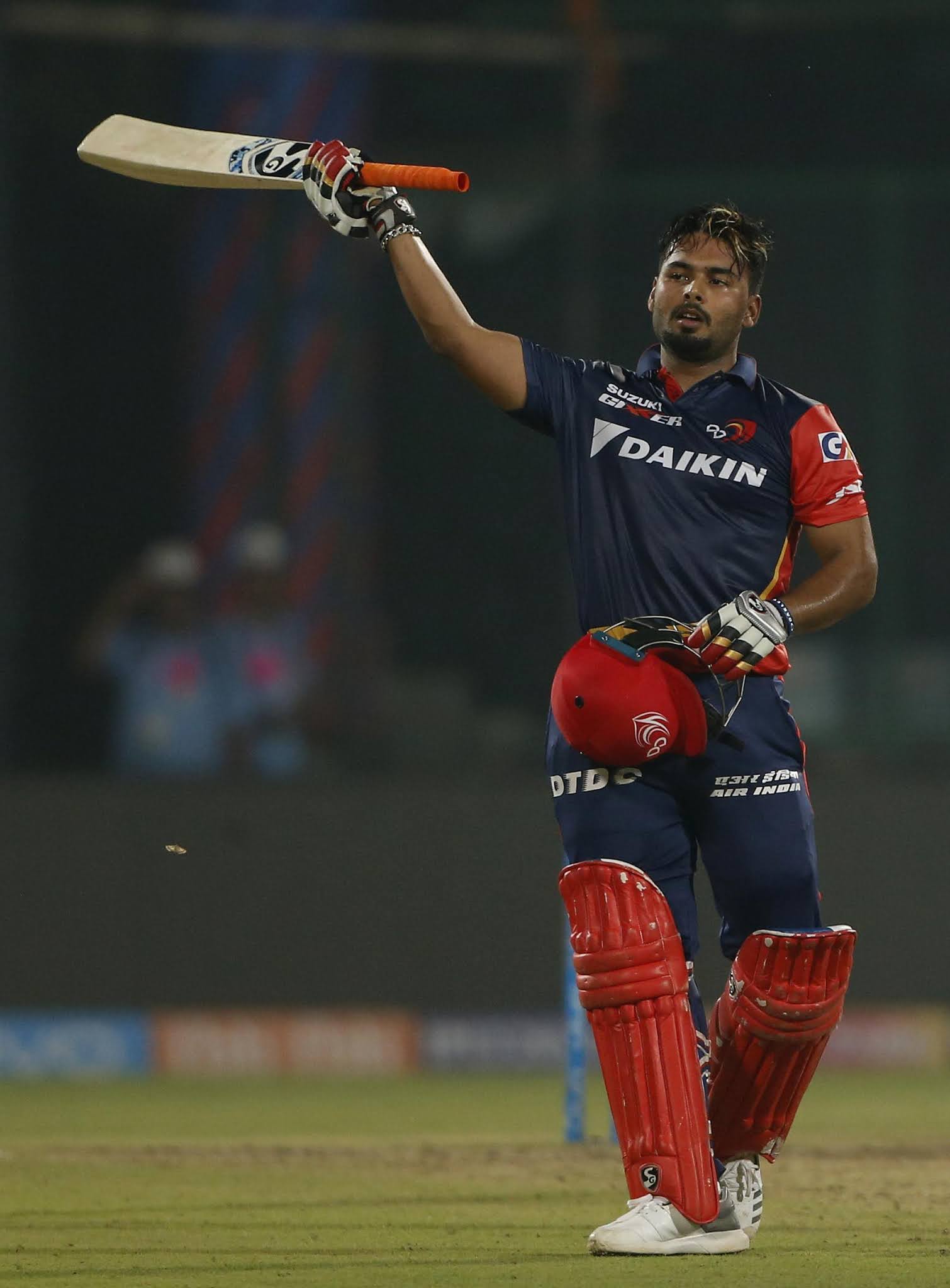 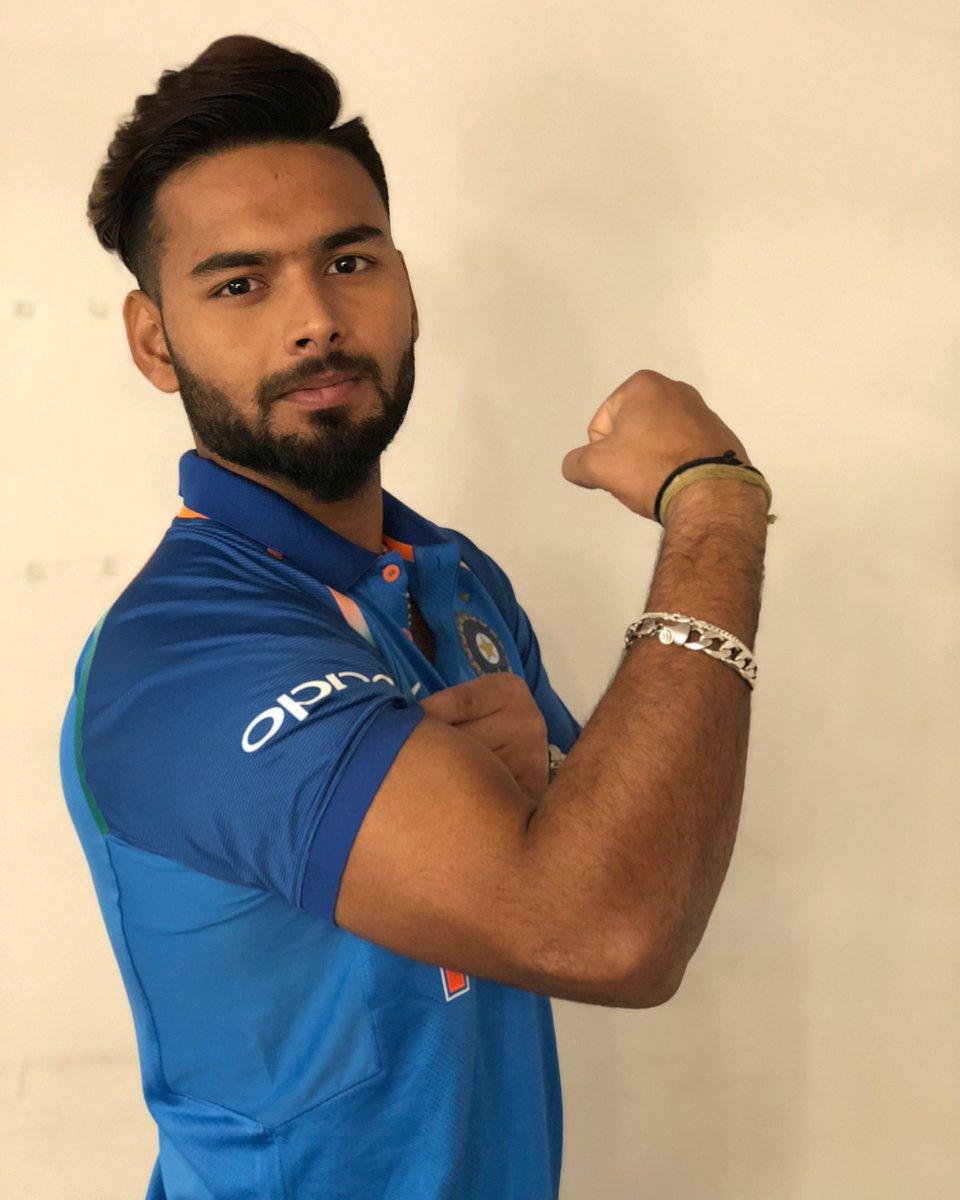 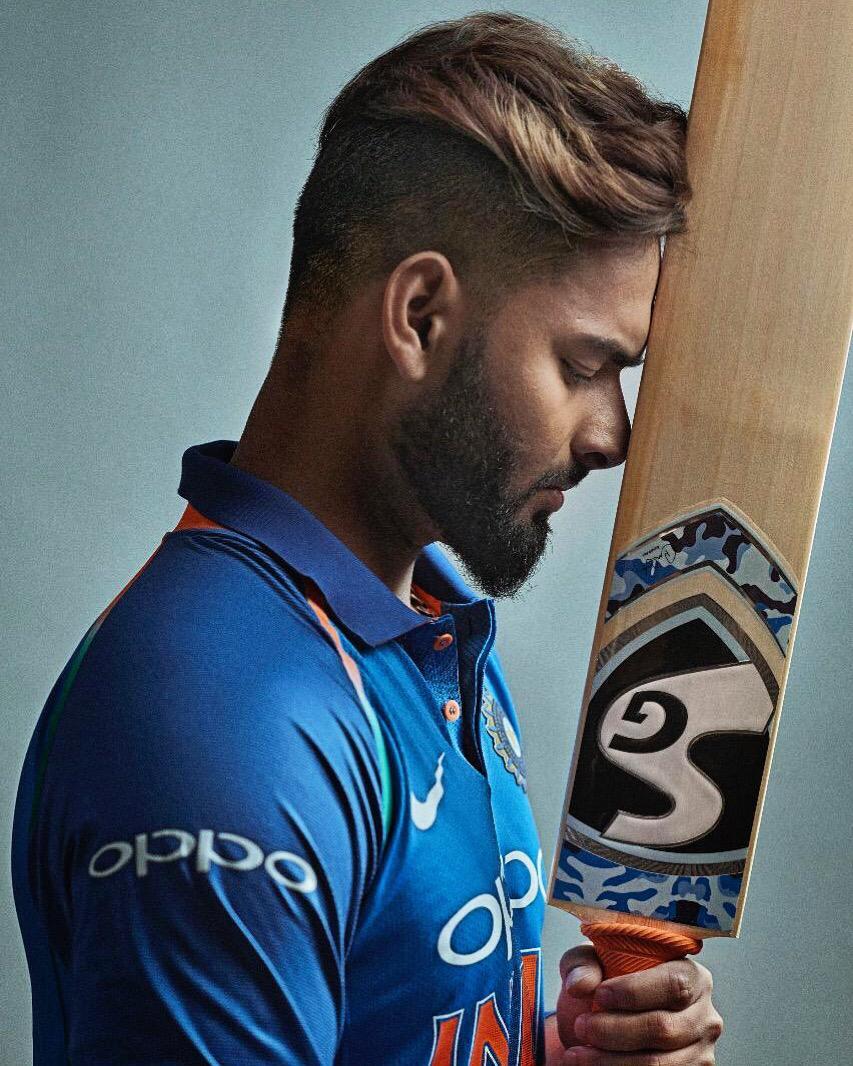 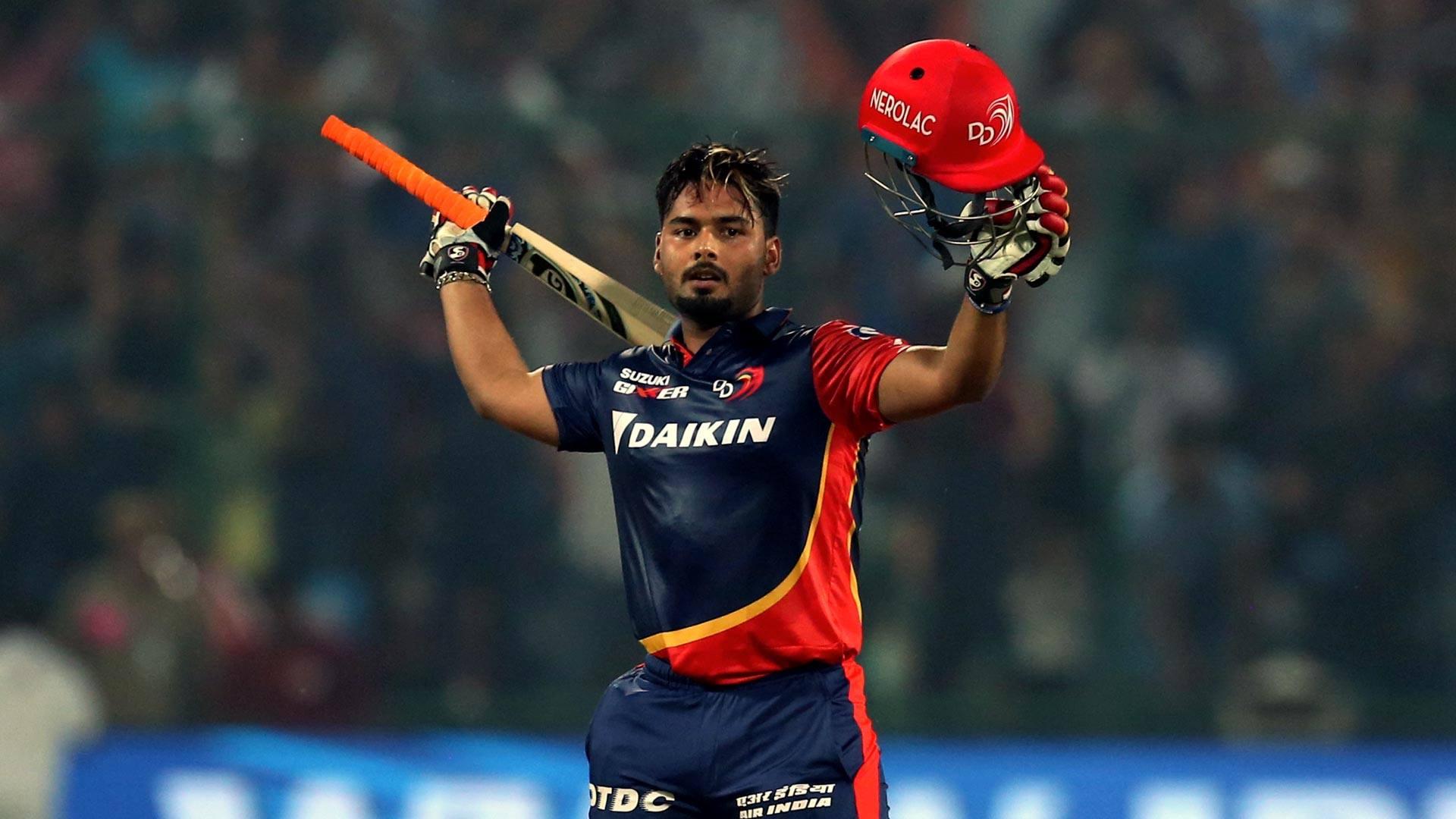 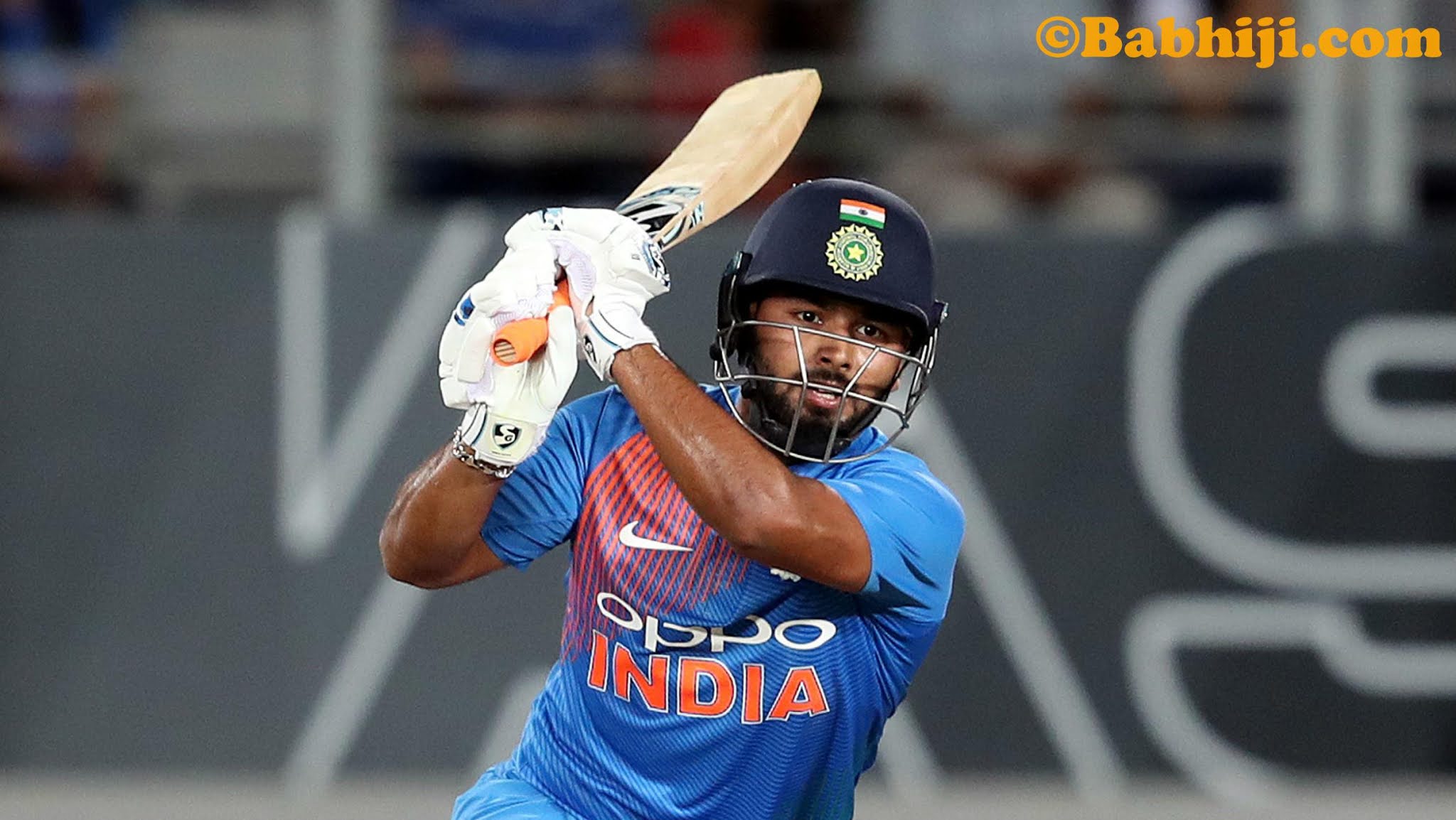 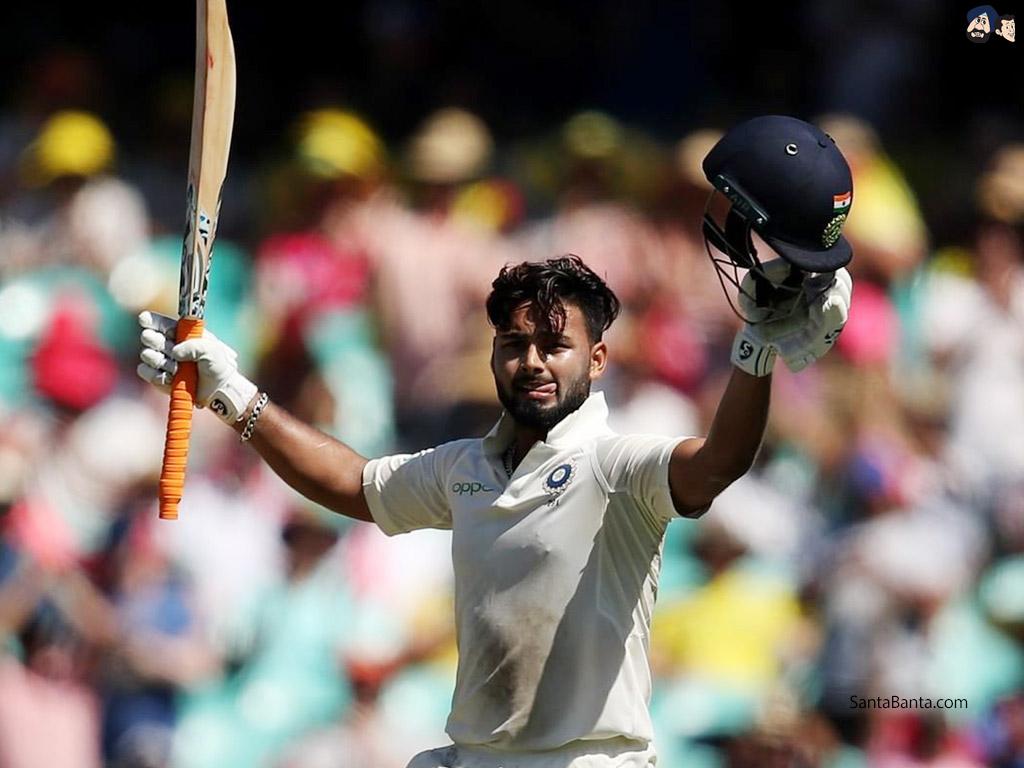 In red ball cricket, with the field placements, you can look around, take your time, because you have five days to play, whereas in limited overs cricket, you have limited number of balls to play and score.

I always look at the positive side of things. Wicketkeeping is all about the feel. And I got a good feel about my wicketkeeping in England. So I didn't look too much at the scoreboard.

Of course, there are ups and downs in cricket always, but that's how you learn. I am too young, and what I constantly do is learn from my seniors. They have been in tough situations, and they know how to tackle them. I just keep learning.

I played a lot of my early cricket in Haridwar and Dehradun. But I just had to come to Delhi if I had to make a career out of it.

Did you know about Rishabh Pant Facts!!

Rishabh Pant was born in Roorkee, Uttarakhand, India to Rajendra Pant and Saroj Pant. At the age of 12, Pant would travel with his mother to Delhi during the weekends to get trained under Tarak Sinha at the Sonnet Cricket Academy.

What is ICC ranking of Rishabh Pant?

Why is rishabh called a babysitter?

Tim Paine reveals that the fielders were bored which is why he came up with the ‘babysitter‘ sledge against Rishabh Pant. … Rishabh Pant had become a nanny overnight after Australian Test captain and wicket-keeper had called Pant so while the southpaw was batting.

Why Rishabh Pant is called Spiderman?

When off-spinner Washington Sundar was bowling, Rishabh Pant shouted from behind the stumps when Paine came to strike and said, “Aise web phenko web (Throw a web like this).” After which he started singing the famous Indian Spiderman song, “Spiderman Spiderman” in the same tone,

Why do pant block Urvashi?

Though Rishabh Pant and Urvashi Rautela never acknowledged that they were in a relationship, it was reported at that time that Delhi Capitals skipper ishabh had blocked Urvashi as he “did not want to take things forward’ in terms of their relationship.

Rishabh Pant was born in Roorkee, Uttarakhand, India to Rajendra Pant and Saroj Pant. At the age of 12, Pant would travel with his mother to Delhi during the weekends to get trained under Tarak Sinha at the Sonnet Cricket Academy.

Is Rishabh Pant all rounder?

At 19, Rishabh Pant has gone through all the highs and lows of a cricketing career. A promising talent from Delhi, Pant came into reckoning after his exploits for India Under-19 in the 2016 World Cup.

Who is Rishabh Pant girlfriend?