Who is Jonah Hill? About Actor, Comedian

Jonah Hill is an American actor, director, producer, screenwriter, and comedian. He is a very famous actor. He is well known for his comedian role in the movie. He was on 28th rank which was published by the Forme’s Magazine in June 2014 to June 2015 at $16 Million.

Jonah Hill Feldstein is the son of Richard Feldstein, a Guns N’ Roses tour accountant, and Sharon Lyn, a fashion stylist and costume designer. He was born on December 20, 1983 in Los Angeles. He is the middle son of his parents.

His parents were originally from Long Island, New York, and the family vacationed in the Catskills. He got his high school certificate from  Center for Early Education, Brentwood School, and then Crossroads School, in Santa Monica. In 2002, He graduated the high school and went The New School and the University of Colorado Boulder, but did not earn a degree.

As time passed, Hill realized that he wanted to pursue an acting career. While performing in a college play, he got introduced to Dustin Hoffman, who encouraged him to audition for a role in a Hollywood movie titled ‘I Heart Huckabees.’ His audition turned out to be a success as he landed the role.

Carrier as a Comedian in 2000s

Hill was born only to show his talent and dedication towards the acting. He was very interested in acting since earlier age. He used to write his own play in the college. The act written by him was also performed by himself in East Village Neighborhood of New York City.

He used to act in Black and White Bar. Everyone in the bar used to appreciate him by clapping. His plays developed a small following and helped him realize that his true desire was to act in films. He was very friendly to the Dustin Hoffman’s children, Rebecca and Jake, who introduced him to their father. The elder Hoffman asked him to audition for a role in I Heart Huckabees, in which Hill made his film debut.

Hill then made a brief appearance in Judd Apatow’s directorial debut, The 40-Year-Old Virgin, which led to his appearing in the role of a virgin video game tester in the comedy Grandma’s Boy (2006), and roles in the comedies Accepted and Click, playing Adam Sandler’s character’s son in the latter.

He had a larger supporting role in the Apatow-directed Knocked Up (2007). On television, he played the “RA Guy” on the first season of the Oxygen Network sitcom Campus Ladies, and guest-starred in an episode of Clark and Michael.

His first leading role was in the Apatow-produced comedy Superbad, where he appeared with Michael Cera, in roles based on the film’s writers, Seth Rogen and Evan Goldberg. It is often cited as the film that launched both actors’ careers. He followed it with an uncredited role as Dewey Cox’s grown-up brother Nate in Walk Hard: The Dewey Cox Story in December 2007. He hosted Saturday Night Live on March 15, 2008, featuring musical guest Mariah Carey.

Celebrities are too much curious towards their Body outlook. No one does better transformation better than a Celebrity- especially in terms of showcasing dramatic weight loss and revamping their bodies. Jonah Hill is the best example for it.

Hill’s weight loss journey first began back in 2011 but resumed again in 2017 after he worked hard to lose the 40 pounds he gained for his 2015 role in War Dogs. It was compulsion for him to reduce his weight. So to do that he took help from different people. He took help from Nutrionist and trainer even got advice from some trim and toned friends such as Magic Mike XXL.

In May 2017, The actor most recently slimmed down after gaining 40 pounds for his role in 2015’s War Dogs. To get back in shape, he hired a nutritionist and kept a food journal.

In October 2020, Hill was almost unrecognizable in a casual photo in October 2020 as he joked about his facial hair while urging fans to vote in the upcoming presidential election. “I always feel very vulnerable when I shave my beard. Please vote,” he captioned the Instagram post, adding a close-up of a giant tortoise’s face. “I thought it was Seth Rogen,” one fan commented, while another wrote, “Who’dis?”

I think everybody has a version of themselves ― I call it a snapshot ― at some point in life… [you’re] trying to hide from the world. Even if you get success or grow up or become good-looking or whatever … you kind of carry some part of that with you,” he told DeGeneres. “For me, it’s definitely being like this 14-year-old kid, being overweight, wanting to fit in with these skaters and hip-hop kids, and just feeling lonely and maybe not understanding my own worth.”

All the things given below are Jonah Hill’s very favorite things that we have collected by looking at online and news magazines and wiki. 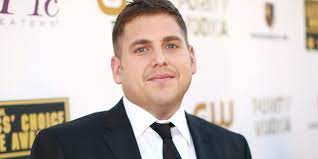 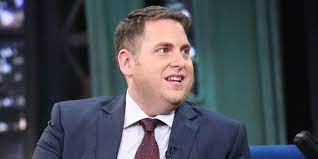 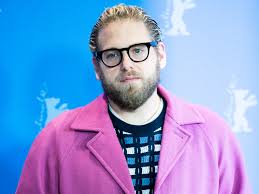 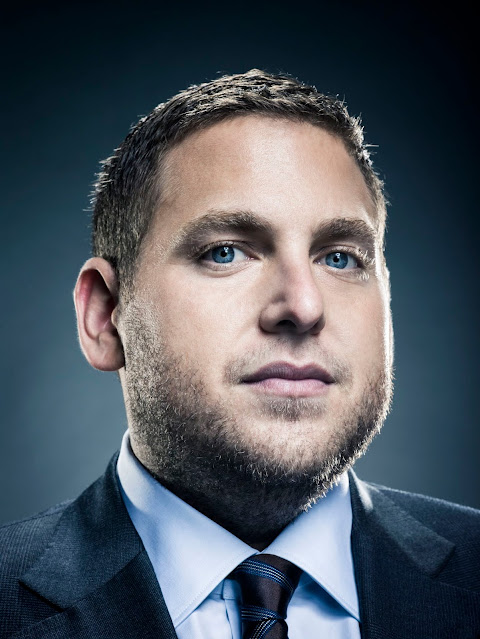 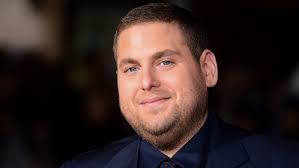 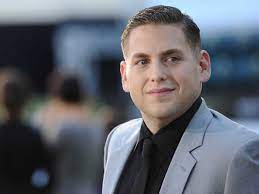 “It’s harder to be funny if you’re handsome than if you’re very normal-looking. It’s just more relatable. You’re the underdog. I mean it’s funny to see people struggle, and you don’t buy that Brad Pitt is struggling, you know that guy could be the most skill-less guy in the world, but if you look like that you will be fine for the rest of your life.”

Look, at the same time that I don’t want to be a celebrity, I understand that when you make movies you put yourself out in the public eye. I’d be a baby and a fool to be like, ‘Why are there cameras taking pictures of me?’ when I’m on a billboard for a movie. I think that’s a very absurd concept.

I always wanted to be a filmmaker when I was younger, not an actor. I was an 8-year-old who dreamed of being a writer on The Simpsons, which was a weird dream to have. But I started taking acting classes as a way to learn how to direct actors and I sort of fell in love with it.

I think our culture has gotten so skewed. People assume that because you’re an actor you want to write a book to exploit your celebrity, but my celebrity is only a byproduct of me making movies. I have no intention of being a celebrity.

“It’s always better to shock people and change people’s expectations than to give them exactly what they think you can do.”

Did you know about Jonah Hill Facts!!

He is engaged to Girlfriend Gianna Santos. Santos graduated from Fordham University in 2011 and is currently a content manager at Violet Gray, a beauty company based in Los Angeles, according to her LinkedIn account. Santos was also head stylist and producer at the fashion brand KITH NYC.

Leave it to Channing Tatum and Jonah Hill to pose in a rather cringe-worthy photo as a promotional shoot for the release of 22 Jump Street. There’s no denying the chemistry these two had on set, and we’re not surprised that they developed a close friendship in real life, too.

How much is Jonah Hill worth?

His net worth salary and career earnings: He is an American actor, producer, writer, and comedian who has a net worth of $50 million.

He’s been doing voice work. Despite his recent lack of screen time, Hill has still been working consistently. The LA-born actor has contributed his voice to several films over the past couple years, so even if you haven’t actually seen him on screen, there’s a good chance you’ve heard him

Does Jonah Hill have a girlfriend?

Jonah Hill is engaged to girlfriend Gianna. Before engagement he bought $7 milion house in california.

Why was there no 23 Jump Street?

However, after some years, the plan for this crossover film was dropped. Producer of MIB, Walter Parker said, “It was an impossible match-up. And though we had intentions making it, these movies are not compatible.” Jump Street star Jonah Hill also shared his views on the crossover.

Who is the richest actor in the world?

Amitabh Bachhan is the richest actor in the world.

How did Jonah Hill get his Start?

While in college, Hill performed his plays at the Black and White bar in the East Village. He became friends with actor Dustin Hoffman’s children, Rebecca and Jake, who introduced him to their father. Hoffman asked Hill to audition for a role in I Heart Huckabees, which Hill landed, making his film debut in 2004.

What religion is Jonah Hill?

Jonah Hill is Jewish and had a Bar Mitzvah ceremony.

Who won the most Oscar Awards?

Katharine Hepburn is the actress who has won most oscar awards. Actors with the most Oscars 1929-2021. The most successful figure to date in the history of the Academy Awards is Katharine Hepburn, who won four Oscars throughout her acting career.