Who is Alvaro Morte? about Actor

The Professor (Sergio Marquina) is a fictional character in the Netflix series Money Heist, portrayed by Álvaro Morte. He is the mastermind of the heist who assembled the group, as well as Berlin’s brother. Due to his role in Money Heist, He is now famous worldwide. He is married to Blanca Clemente, a stylist. They have two children, Julieta and Leon, who are non-identical twins.

Alvaro Antonio Garcia Perez was born on February 23, 1975, in Algeciras, soon relocating to Bujalance, Cordoba with his family. Originally enrolled in a degree in communications engineering, he switched to dramatic art, graduating from the Escuela Superior de Arte Dramatico de Cordoba in 1999.

He also took post-graduate studies at the University of Tampere. Then, after his spell in Finland, he installed it in Madrid. By age 33, he has diagnosed with a cancerous tumor in the left thigh, which he ultimately overcame.

Morte began his acting career when he played a minor role in the Spanish television series Hospital Central. He landed his first main role in a TV series in Planta 25, aired on a number of Spanish regional TV broadcasters and in which he played Ray—a driver—from 2007 to 2008. He then played Adolfo Castillo in the Spanish television series Bandolera, Gabriel Areta in the soap opera Amar en tiempos revueltos.

Morte performed a minor role in Lola, la Pelicula (2007), a biopic film about the folkloric singer Lola Flores in which he briefly portrayed a bullfighter, lover of the protagonist. In addition to his acting work, Morte owns a theatre company called 300 pistols (English: 300 pistols), founded in 2012.

He was heavily praised for his portrayal of the character—the meticulous criminal mastermind behind the heist plot central to the series—and has gained, along with the television series, worldwide fame. In late 2017, Netflix acquired the series and distributed it worldwide on its platform. The most recent part 4 was released on April 3, 2020. Money Heist team has been finished shooting the film of its fifth and final season, and it has now confirmed that this series will hit on Netflix in two parts in September and in December 2021.

He landed his first main role in a feature film in the Netflix film Mirage (2018). Morte starred in the 2019 Movistar+ television series El embarcadero, playing Oscar, a man who has lived a double life by living with two different women separately. In December 2019, Morte was announced to have joined the cast of the Amazon television series The Wheel of Time, an adaption of the epic fantasy novels of the same name, reportedly set to portray Logan.

In April 2021, he was announced to have been cast as Juan Sebastian Elcano in the miniseries. He had to work in various movies, TV series & Web series. He is also one of the famous Spanish actors. He had won the Best Leading Actor(TV) on 28 Actor and Actress Union Award(2019), Best Actor in Miniseries or TV series on 7th Platino Award, and also won the award as the Best Actor on the 25th   Zapping Awards.

All the things given below are Alvaro Morte‘s very favorite things that we have collected by looking at online and news magazines and wiki.

An unusual group of robbers attempt to carry out the most perfect robbery in Spanish history – stealing 2.4 billion euros from the Royal Mint of Spain. An addiction like none other. A game of chess played with the utmost sophistication wherein you can’t help but fall in love with both sides. A tapestry filled with characters, making up a story that you can’t erase from your mind. These are all phrases that have been used to describe ‘La Casa de Papel’, or ‘Money Heist’, streaming on Netflix, and they couldn’t have been truer.

The show starts off with a seemingly ordinary man in a tweed jacket saving a damsel in distress, only she’s not a damsel but the cause of the distress itself. This man, who calls himself ‘The Professor’, proves himself to have an ingenious mind by concocting a plan to break into the Royal Mint of Spain and later on, the Bank of Spain, without truly stealing anyone’s money.

He recruits a team of 8 people, each with a different skill set. They are given regular classes regarding the whole heist, trying to exhaust every possibility and have a backup plan for the same. Professor had given new name (nickname) to his all friend to hide their indentity from Police.Though the premise seems fairly ordinary, with 8 people determined to pull off the biggest heist of all time, the way the creators moved forward with the show is what makes it truly outstanding.

The show’s format shows the heist occurring as the number of hours into the robbery and shifts between the past and the present, giving it more time to explore every character and delve into the depths of their personalities.

The stakes are extremely high and the audience gets desperate to know what happens to each one of them, because of the emotional connection that is formed with each one of them. The show doesn’t give in to your desires by not letting you know who the new characters are, till the writers deem it absolutely necessary.

The specifics of the heist make you believe that you could also pull off such a grand event with the right equipment. But in spite of it being the ‘perfect’ heist, the one thing that makes it truly worth watching is the complexity of human emotions expressed throughout the show on the side of both the robbers and the hostages. The show is interlaced with the origin stories of the robbers and their internal conflicts, their emotions and how they deal with it.

The hostages’ side couldn’t have been more apt either, with the rebellions, the deterioration of respect towards their kidnappers once a few hostages escape, Stockholmsyndrome (or wasn’t it?) and the fear. This display of human emotion which is omnipresent throughout, with the robbers as well as the hostages make the show truly worthwhile.

While the robbers do their part for the heist inside, the Professor plays a game of mental chess with the police, till he gets played. The game is carefully thought out and is incredibly sophisticated. And just when you might think all hell has broken loose, you realise that’s where the writers wanted you all along and their plan is truly successful. There are elements of feminism strewn throughout the show, with one of the robbers screaming, ‘The age of matriarchy begins now’ in an ultimate power move and trying to teach one of their own to shred his regressive ideas.

The comic elements in the show are subtle. Neymar’s cameo where he spouts blatant lies as to how he hates football and parties will leave you amused. The soundtrack adds on to the whole feel of the show and will leave you humming songs like Bella Ciao for a very long time. The cliffhangers at the end of each season will leave you craving for more and hopefully, Season 4 is just around the corner.

La Casa de Papel, a robbery at its heart has truly stolen the hearts of people from all around the globe. Ii is the most popular series in Netflix. Everyone are fan of the master-minded ‘Professor’. The acting skills were really awesome. This is a must watch Web Series. 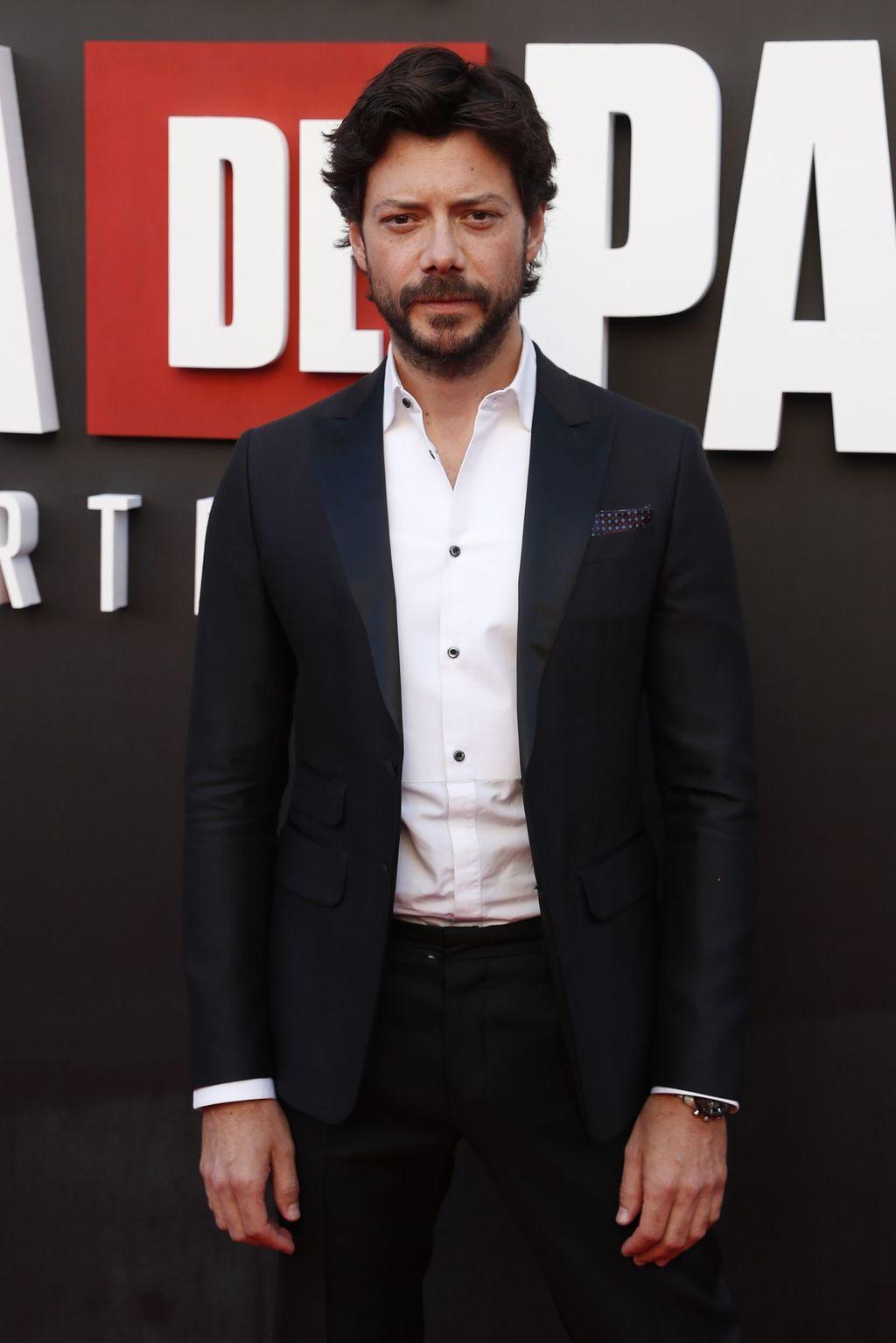 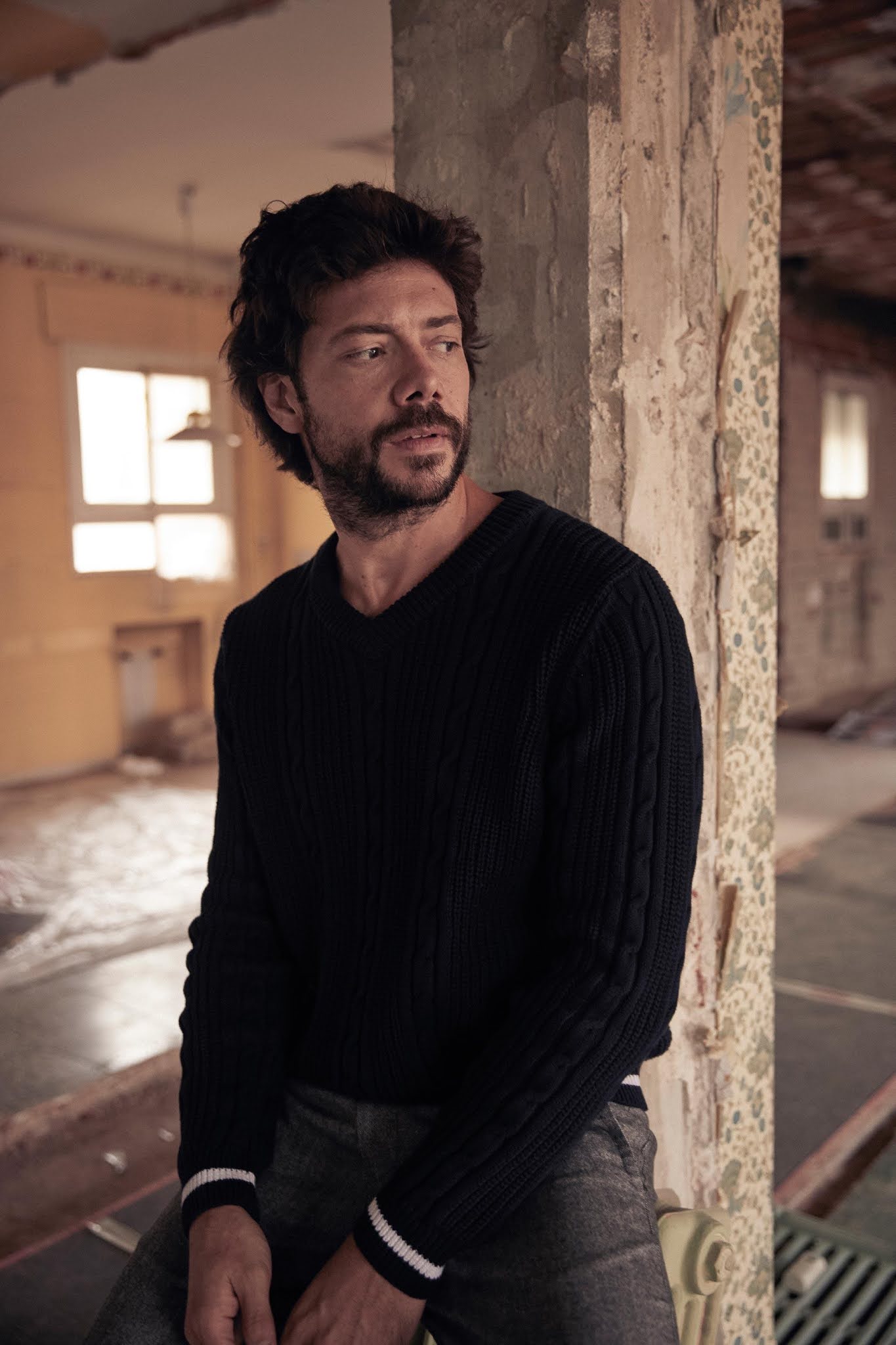 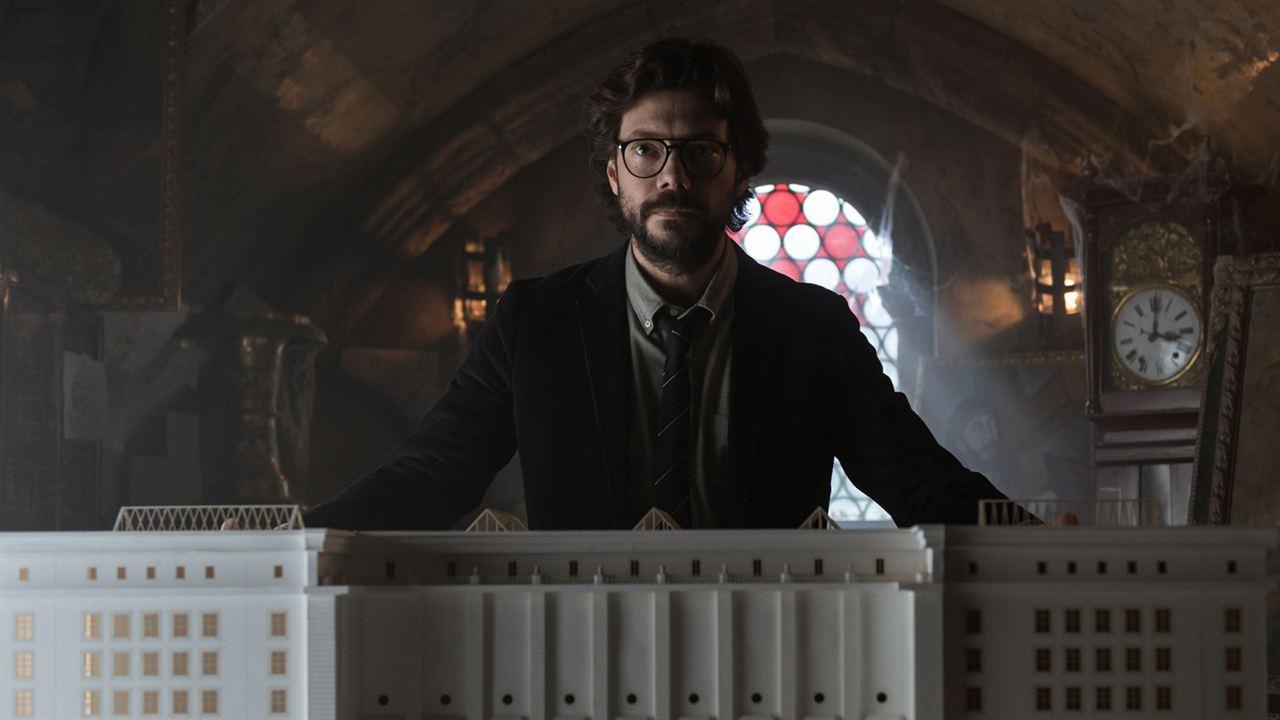 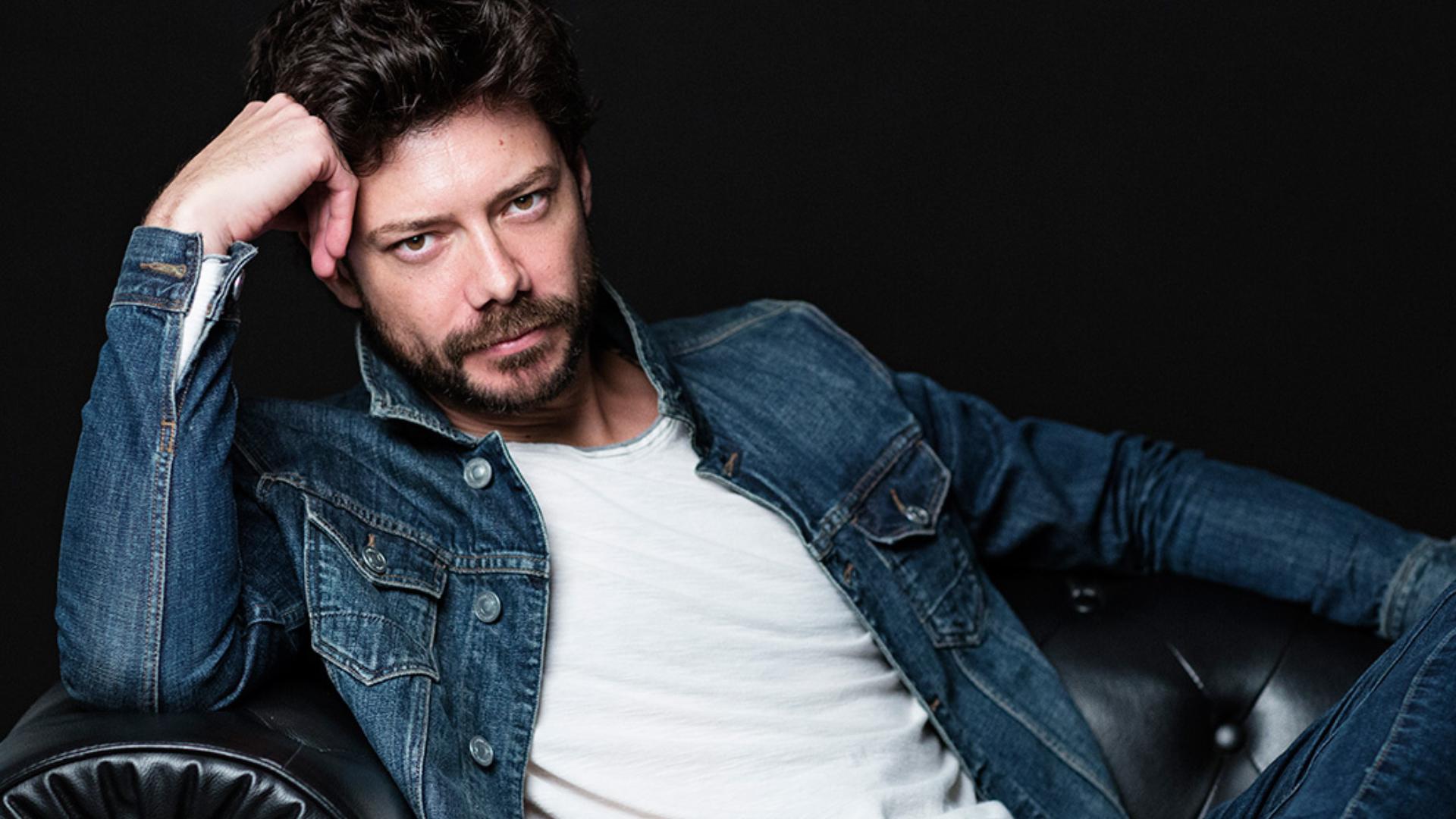 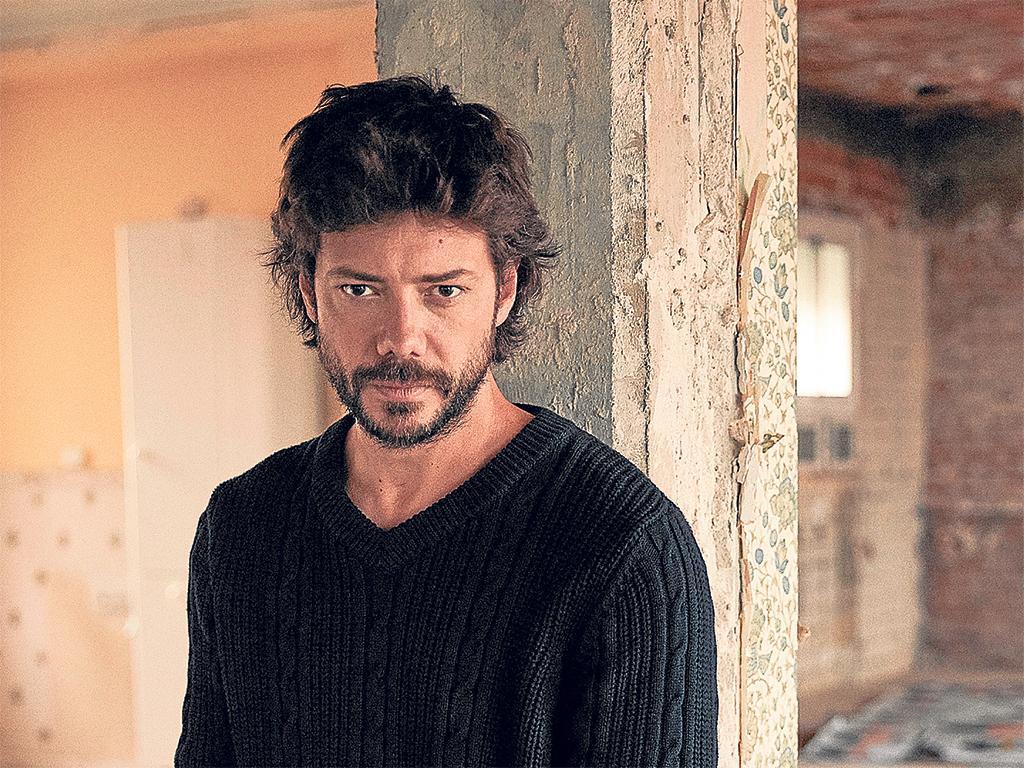 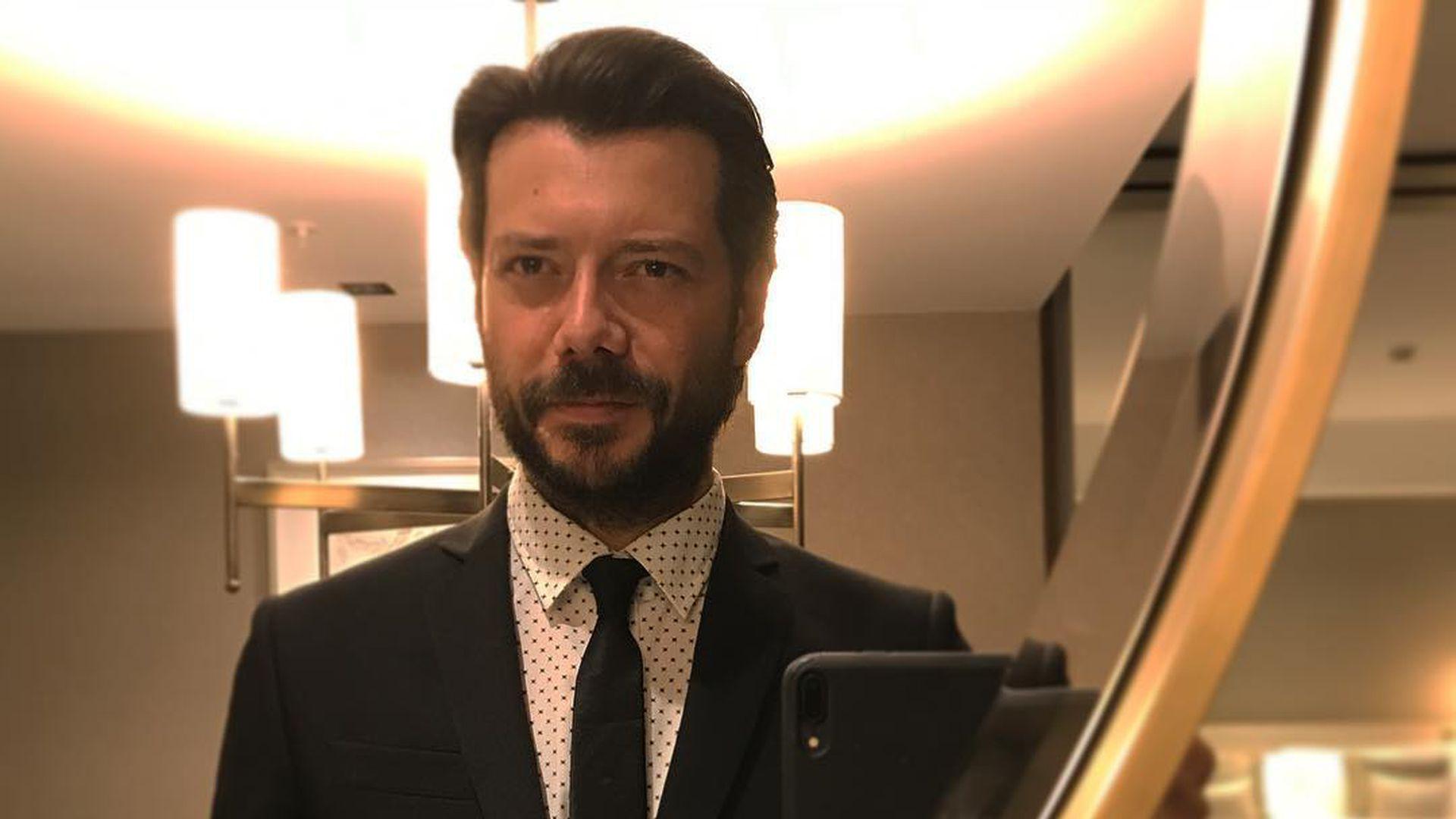 Have you ever thought that if you could go back in time, you might still make the same decisions? We all make our own snowballs out of our bad decisions. Balls that become massive, like the Indiana Jones boulder, chasing you down-hill only to crush you in the end.

That is nostalgia: finding out that things from the past you didn’t even expect were happiness…. actually were.

“There are moments in life we should just be able to have a damn remote control, so you could pause it. Even if just for five minutes. But sometimes things happen with irreverent obscenity and there’s nothing you can do to help it.”

“I’d get 30 years. And to be honest, growing old in a prison cell is not my thing. I’d rather run, in body and soul. And if I can’t take my body with me, at least my soul should run.”

“When someone is in love, they look through rose-tinted glasses. Everything’s wonderful. They transform into a soft teddy bear that’s smiling all the time.”

Did you know about Alvaro Morte Facts!!!

2. He is playing a role in Amazon's one of the most grosssing web series.

The character named Logain Albar of Amazon’s web series” Wheel Of Time” is being played by Alvaro Morte. Wheel Of Time series is based upon the novel written by American author James Oliver Rigney Jr.

A few years ago, Alvaro Morte has diagnosed with Cancer. He has got a cancerous tumour in his left leg. He thought he is about to lose his leg even die but he survived.

4. He is blessed with twins.

He has got 2 sons who are twins. His daughter’s name is Julieta and his son’s name is Leon.

5. He would have been an engineer.

He was studying engineering in Spain. He was good at his studies. But he thought that he can become an actor and took the risk to drop out. He dropped out and joined art school. His risk took him up and we found a talented actor.

Does Professor(Alvaro) die in money heist?

Does Alvaro Morte have tattoos?

The Money Heist protagonist is tattoo-free. However, there is an increasing number of Money Hist fans who prefer to have Alvaro’s image tattooed on their bodies.

How much is Alvaro Morte worth?

Was Alvaro Morte an engineer?

He Is A Real-Life Engineer

While Alvaro Morte is no longer called Engineer Morte, he used to be a communications engineer. The extent of his practice is not known, but engineering seems to have been his first field of study at the university before he took up literature and stage management.

Morte, who does not wear glasses in real life, developed a tic of pushing back his glasses during casting; this was written into the character.

Who is Alvaro Morte brother?

El Profesor (Álvaro Morte) and Berlin (Pedro Alonso) were not originally supposed to be brothers. Morte and Alonso created their own backstory for their characters, in which they are half-brothers, and Berlin is the older brother from his father’s first marriage.

Is Money heist a true story?

Money Heist follows a gang of expert robbers who plan to rob the Royal Mint of Spain in an ambitious 11 day heist. However the tale is a fictional story created by Alex Pina.

The Persol ‘Casa de Papel’ collection is a limited edition of 350 numbered pairs, featuring 24K gold-plated lenses. Each pair of the Money Heist glasses also comes in a special gift box that looks like a bar of gold.

Money Heist (Spanish: La casa de papel, “The House of Paper”) is a Spanish heist crime drama television series created by Álex Pina. … It had its original run of 15 episodes on Spanish network Antena 3 from 2 May 2017 through 23 November 2017. Netflix acquired global streaming rights in late 2017.